Back in May 2010, I spent a few days in Yamaguchi Prefecture and among other things, I visited Akiyoshidai and Akiyoshidō. What are those you may be wondering?

Let’s start with Akiyoshidai, a place that is quite unique in Japan. 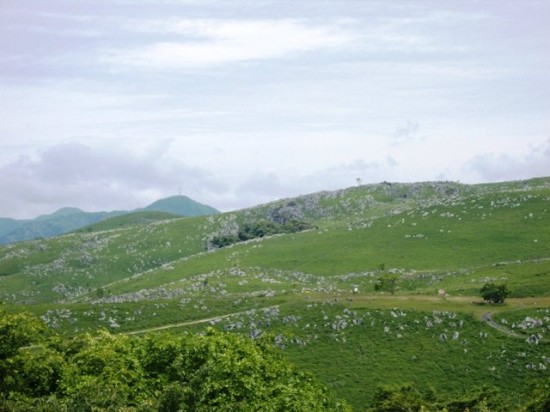 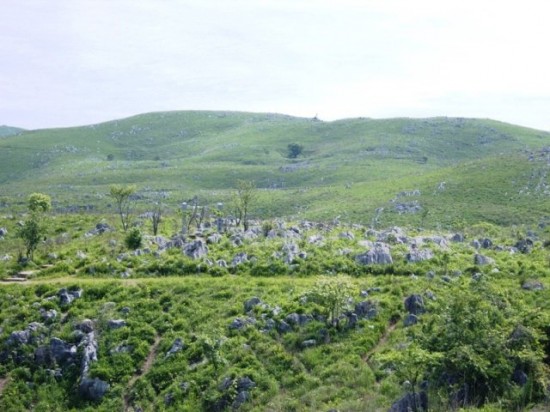 I don’t know about you, but for me it looks more like Scotland than Japan, although I’ve never been to Scotland, so I could be very very wrong. The reason for this unusual landscape is twofold. The first reason is that we have here a karst topography and erosion has shaped the land this way, the softer soil being gone, not the harder rocks, as well as a large number of sinkholes and such. The other reason is a human one. Originally the place was covered with forests, just like most Japanese hills and mountains, but a long time ago, when the first permanent settlements appeared in the area, and especially when people there started to raise cattle, the forest was cut to be replaced by grasslands, and ever since, the plateau is regularly burned in winter (every year?) in order to prevent trees from growing back. As a consequence, we end up with this quite unique place in Japan, a natural area with no tree nor houses (apart from there, all the places I’ve seen in Japan have either one or the other). 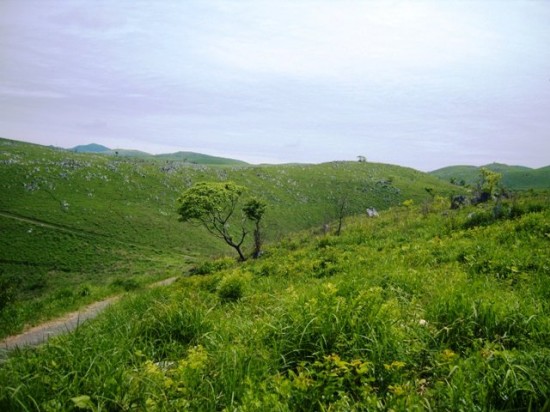 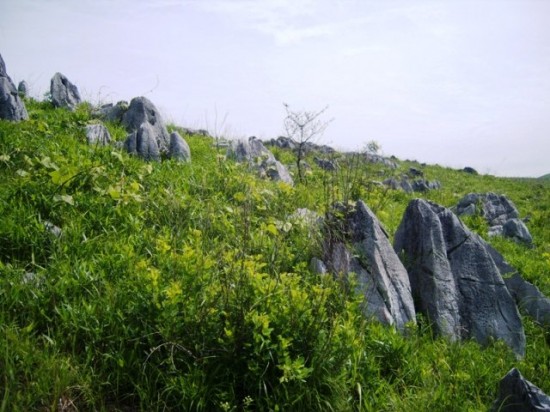 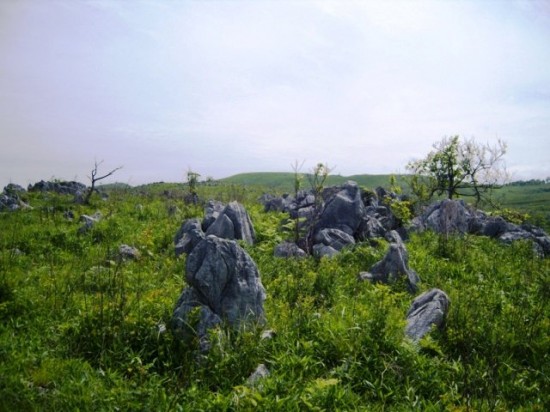 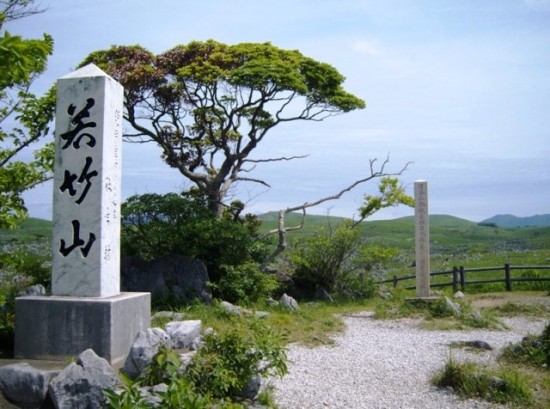 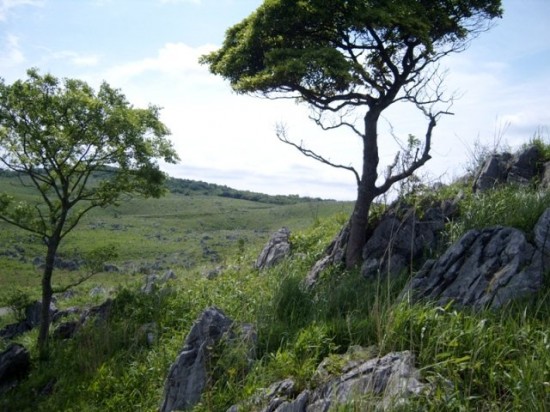 Under the plateau, there are about 400 caves, although most of them are small, dangerous or simply inaccessible unless you’re a speleologist. However, one of them, Akiyoshidō, happens to be the largest cave in Japan! It’s about 8 kms long (only one kilometer is open to the public). This cave is definitely impressive and is worth a visit.

One advice, the main entrance is downhill from the underground river that runs through the cave, but I advise you to enter through the more uphill entrance if it’s possible when you get there (it was when we did, but it was off-season and not a busy day). There are two advantages when entering uphill. The most obvious one, is that you’ll visit the place walking down instead of walking up, so it’ll be less tiring. The other one is that the best part of the cave is the downhill part, so in my opinion it’s better to see it last.

Also, note that my camera at the time sucked with night pictures so the pics are not exactly great. I publish them nonetheless, because they have a somewhat abstract atmosphere. 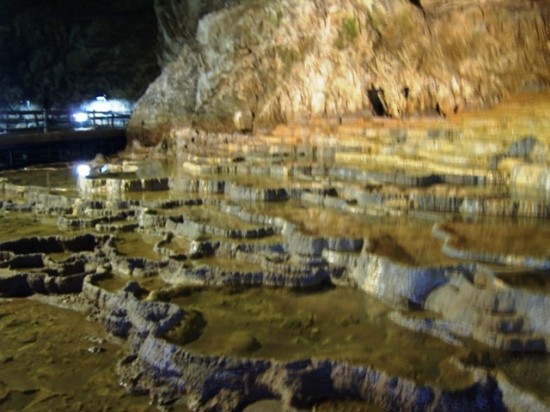 Click here to do a virtual visit of the cave thanks to Google Maps. 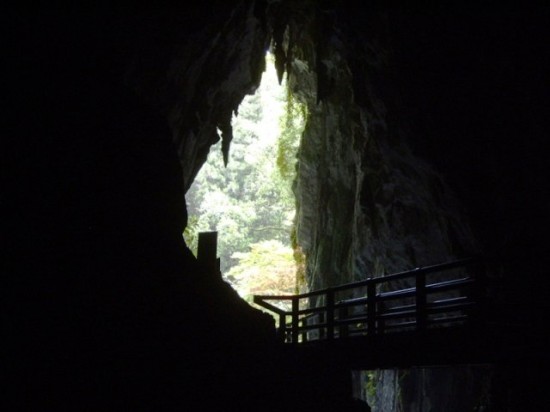 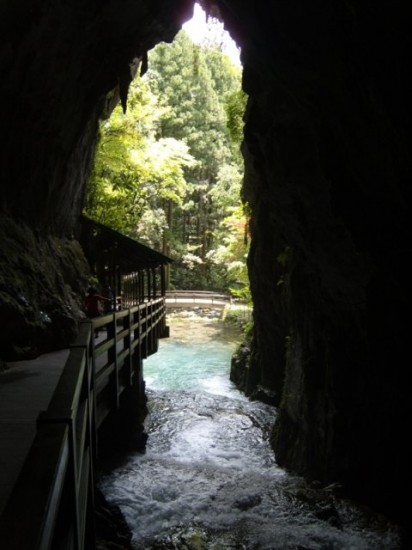 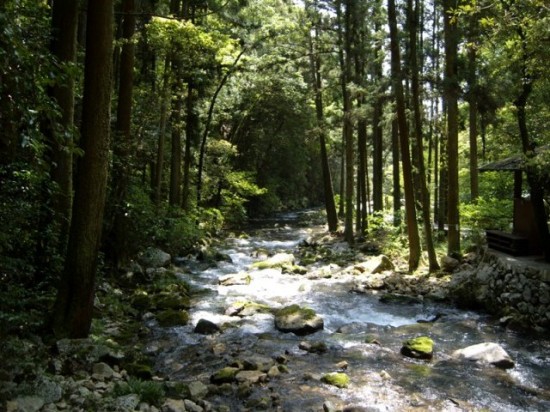 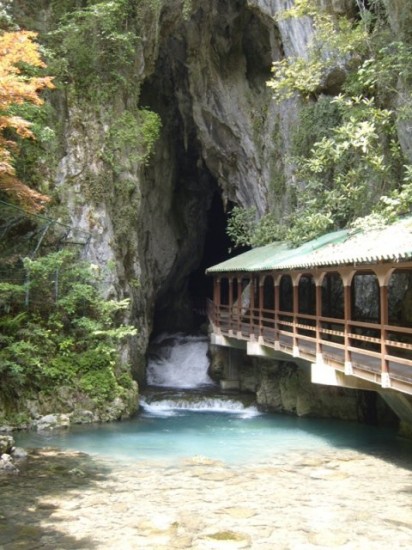 After exiting the cave (or before entering depending on which way you went), you end up in a tiny village, mostly composed of souvenir store but which still managed to be very cute (I’m sure I’d have a very different opinion if the place had been crowded when we went). 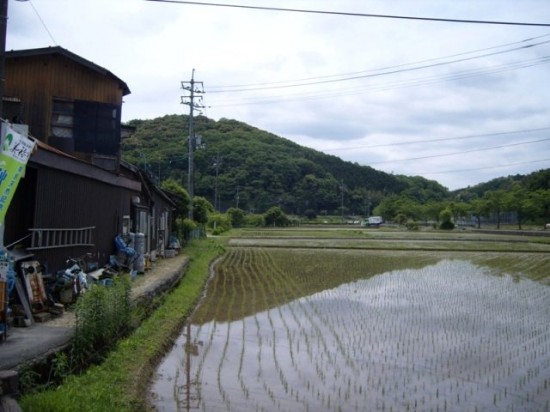