Today is the anniversary of a lawsuit that was won by the people of Teshima vs the Prefecture of Kagawa.

The Prefecture of Kagawa was recognized guilty of complicity in the illegal industrial dumping that had crippled and polluted the island for around two decades and the local government was sentenced to be in charge of the entire clean up of the polluted site. Clean up that started in 2003 and only ended last year! And the site hasn’t been rehabilitated yet. The people of Teshima hope that it becomes a natural and untouched area once all is said and done, and let’s hope it becomes just that.

I don’t really have a decent picture of the site, just a few taken from the boat a few years ago (it’s at the western tip of the island), so to illustrate the article, I thought that a picture of the wonderful terraced fields (on the other side of the island) would be nice: 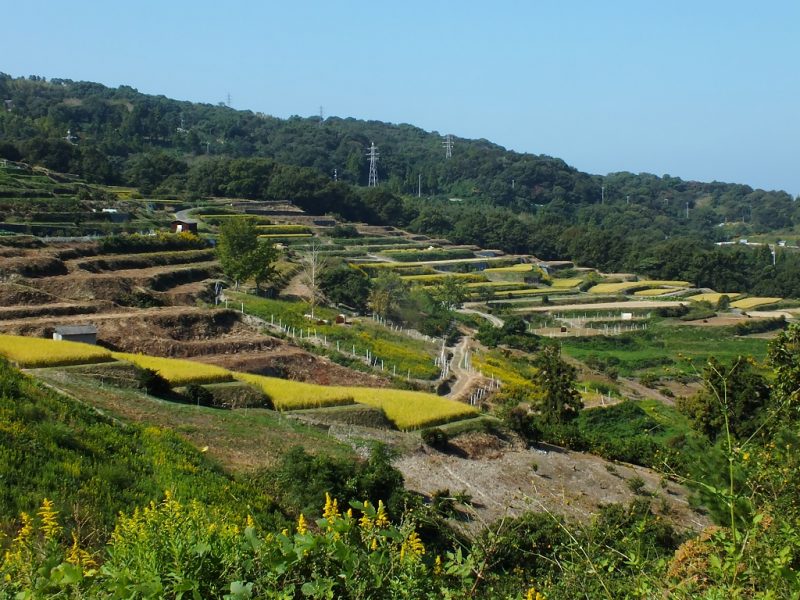 A few pics of the site (they’re from a few years ago, it looks quite different now, especially the big black and red building (where I assume the ground was pre-processed before being shipped to Naoshima, where it’d be cleaned up and processed) is gone.