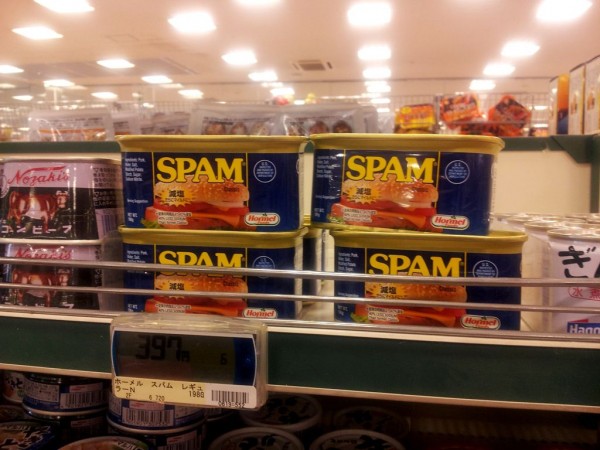 Yes, I have found Spam in Japan (without looking for it). Since then, I’ve been trying to come to grips with that fact and to recover emotionally.

11 thoughts on “Spam in Japan”