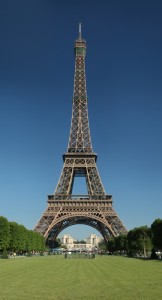 As you know, I spent a few days in Paris this past week. The main purpose of this trip was to go to the Japanese consulate so that 康代 can get her new passport, and this time in Paris definitely had a Japanese undertone to it (as we seized the occasion to do all the Japanese things that are easy to do in Paris and almost impossible at home). And this gave me the idea of this post. After all, you too may end up in Paris and suddenly miss Japan while there.

So here are a few

Japanese Things to do in Paris

Of course, it is obvious that I won’t mention all the Japanese things you can do there, just the main ones as well as my favorite ones.

Japanese Embassy in France
7, avenue Hoche 75008 Paris (you can walk there from the Arc de Triomphe, if you’re lazy or your feet hurt too much, the closest metro station is Courcelles, on line 2)

Unless you’re a Japanese citizen living in France or need a visa to Japan from France, you shouldn’t care about it, but who knows?
I’ve been there only a couple of times (when we got married and last week) but I enjoy doing so. It’s always refreshing to see office clerks being nice and efficient in France. People are so nice there that even the (French) security guard is super nice at the entrance. I guess that if I was a security guard, I’d be happy to work for the Japanese embassy too: full of friendly, respectful and polite people, not much “security” work to do, almost the perfect job for a security guard.

This museum is not entirely dedicated to Japan but to Asia in general. It’s mostly an art museum, but a “historical art” museum as you won’t find a lot of contemporary art there (unless there’s a special exhibit).
It’s definitely worth a visit.

Uniqlo recently opened a store in Paris. Do I need to add anything?
Actually, yes. There’s something really strange with this Uniqlo. Apparently, it sells more or less the same things as any Uniqlo in Japan (with very few variations I assume), but strangely, while I just can’t enter a Uniqlo in Japan and leave it empty handed, I never ever bought anything from the one in Paris. I don’t know why, but every time I go, there aren’t many things that interest me in it, and the few that do usually don’t fit me. I could never explain that.

This small grocery store is the go to place if you want genuine Japanese food products in Paris. But be warned, things are quite expensive there. This is what happens when you import from Japan 100% of the things you sell.

If Kioko is where you go to buy food items, Ikat is where you go to buy traditional items: kimonos, tea utensils, etc. The place is not cheap by any means either, but you can find a few affordable things. Actually, of all of the places that sell those kinds of things in Paris that I can think of, it may be the cheaper one.

Note that you will find several shops like Ikat in the 3rd & 4th arrondissements (aka Le Marais) I don’t know them all very well, but Ikat is my favorite.

Junkudo is a Japanese bookstore where you’ll find lots of books in French and English about Japan as well as books in Japanese.

I don’t think I need to introduce Book Off to you. Note that the first one buys and sells books, CDs and DVDs in Japanese, while the two other ones deal with the same products but in French and English.

There’s quite a number of Japanese restaurants in Paris. Most of them (but not all of them) are located on and around Rue Ste Anne, near – you guessed it – the Opera.
I won’t mention all of them, just my favorites.

Also I need to warn you. In recent years, Paris got literally invaded by fake Japanese restaurants who all serve pretty much the same things, that is crap sushi and strange yakitori. Make sure you avoid them like the plague. Those places are misleading French people into believing that Japanese cuisine is made entirely of sushi and yakitori and that those are closer to junk food than to anything else.

Actually this restaurant is not in the Opera area at all (well, it’s not that far), but it is simply my favorite Japanese restaurant in Paris (and in the top three of my favorite restaurants in Paris, period). It is mostly a fish restaurant, but you can also eat non-fish dishes. The chef is Japanese French, born in France from two Japanese parents (his dad opened the very first Japanese restaurant in France back in the days). He lived in Japan for 10 years to study Japanese cuisine with the best chefs, and returned a few years ago to open his own restaurant in Paris.
The result? Some of the best Japanese food I have ever had, including some of the best sushi I have ever had, and yes, that includes the food I’ve had in Japan (yes, I said it!)
This address must be in your address books when you go to Paris.

This is a Sanuki Udon restaurant in the heart of Paris ! Yes, genuine Sanuki Udon in Paris (the chef comes from Shikoku). You don’t know how many times I went there. I don’t either. Countless times…

A great place to buy Bento, Oden, Onigiri and similar items. It also doubles as a small grocery store.

If you want Okonomiyaki, this is the place to go (I actually had my very first Okonomiyaki there). 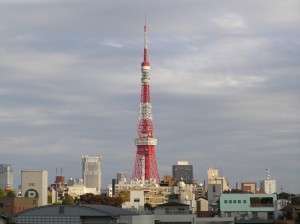 Of course, there are many more great Japanese restaurants in Paris, those are just the ones where I went regularly when I lived there (and still go to when I go to Paris for a few days if I have the opportunity).

That was a short list of Japanese things to do in Paris, if you’re interested I can give you more addresses (but it will be of places I’m less familiar with), and if you know any yourself, do not hesitate to share them with us.

12 thoughts on “Japan in Paris”