One of these days, heading to Zentsūji and Konpirasan, we stopped in Sanuki Kokubunji, a town that has actually been incorporated into Takamatsu in 2006, more precisely in its library (not sure if it was the municipal library though) to go see a Bonsai exhibit.

Those were not any kind of Bonsai, as they were Bonsai in bloom.

The fact that this exhibit was in Sanuki Kokubunji also had its importance as Bonsai nurseries are very important in the local economy.

Maybe you didn’t know, but Kagawa is one of the most important regions for Bonsai production in Japan,  especially Pine Bonsai, as about 80% of them are grown in Kagawa. 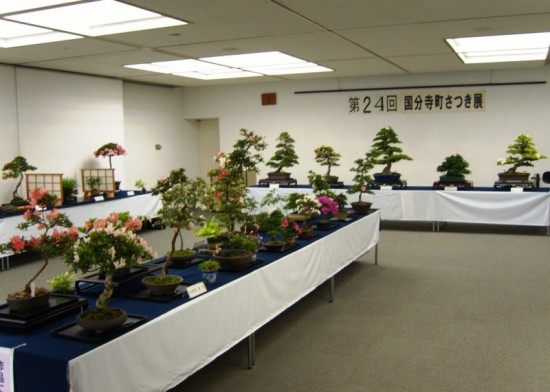 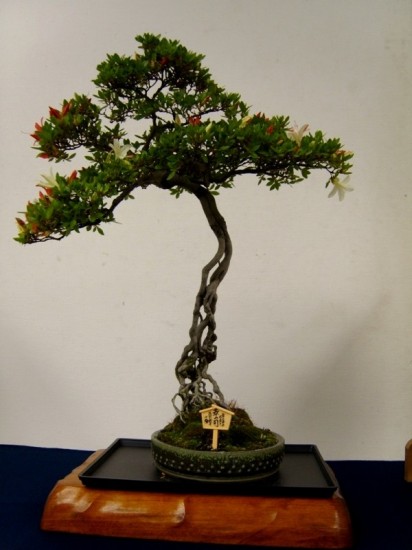 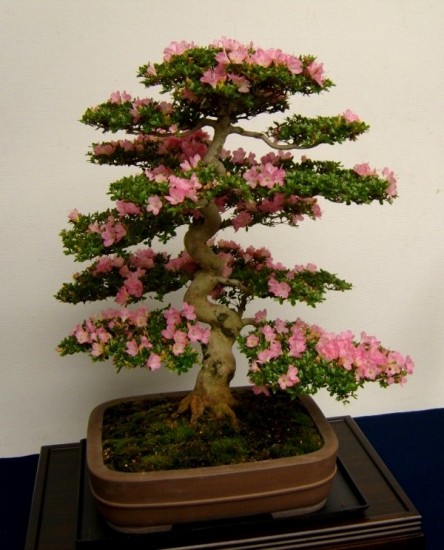 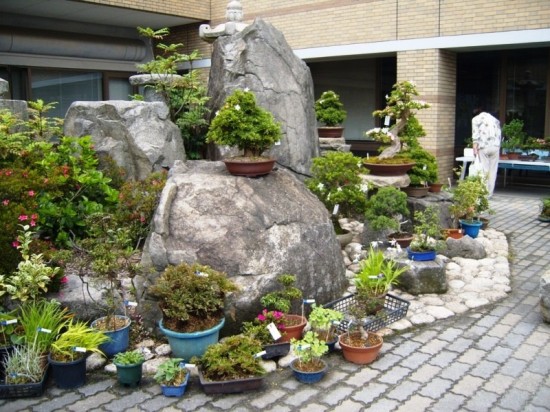 Also, I may have mentioned it before, but it doesn’t hurt to mention it again, if you’re into Bonsai, November is a good time for you to visit Takamatsu, as this year it will be the host of the 11th Asia-Pacific Bonsai and Suiseki Convention and Exhibition between Nov. 18-21, 2012.