This week, one of the most moving artworks of the Setouchi Triennale 2016 was dismantled, and it made me really sad. Sure, it never was meant to be permanent, it’s somewhat short lifespan was actually part of the whole point, but I don’t know, I wish it would have been possible to let it run its course. I guess some logistic contraints or something decided otherwise. I also wish I could have tell you about it before it ended. 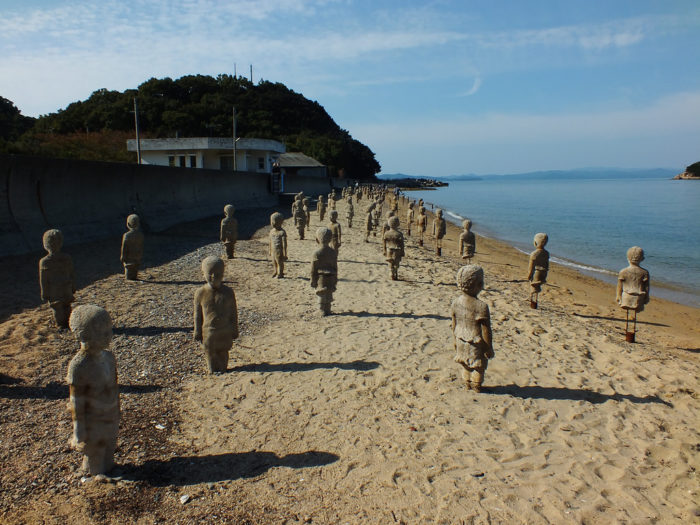 I assume that you want to know more.

These were 196 children made of a mixture of sand and starch (and more, I forgot the exact composition), one for each country recognized by Japan. They’re all facing the country they represent with the coordinates (of the capital city I believe) and the distance between those coordinates and Obe written on them. 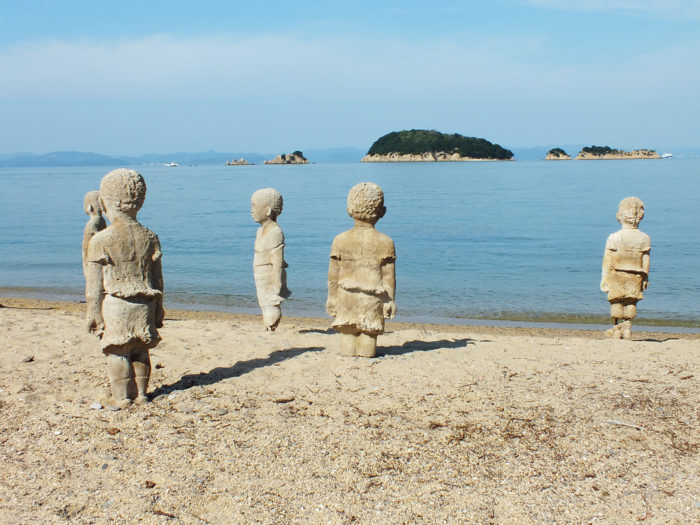 Now, for the sad and moving part of the work. Each of these children represent children that were lost at sea, and because of the nature of those sculptures, they are meant to erode and disappear little by little because of the wind, the tide, storms and other natural elements.

This gave to the installation such a unique atmosphere, a mix of beauty, gloom, peacefulness, eeriness and other similar feelings. 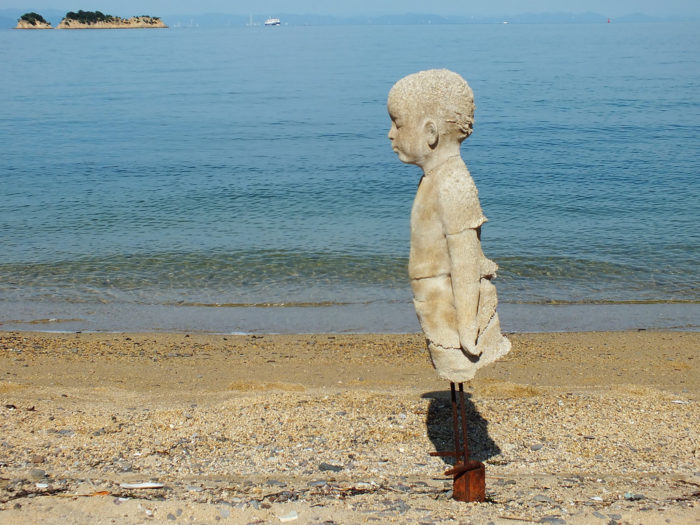 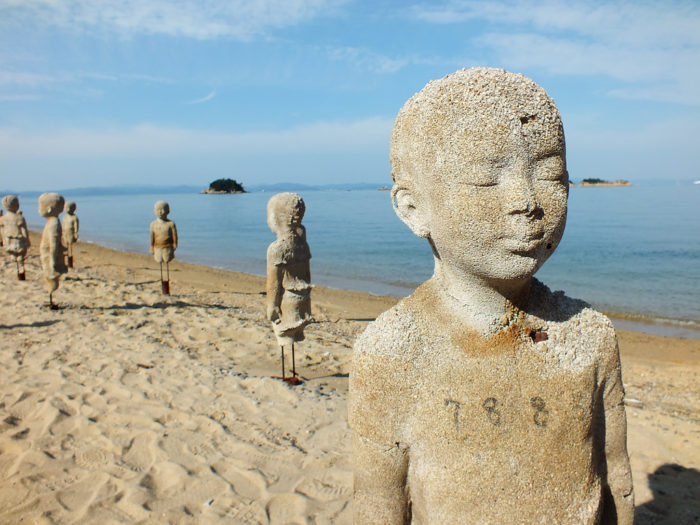 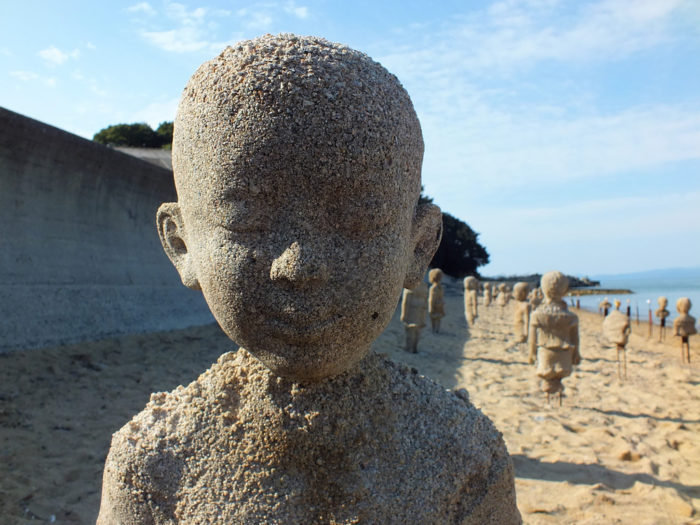 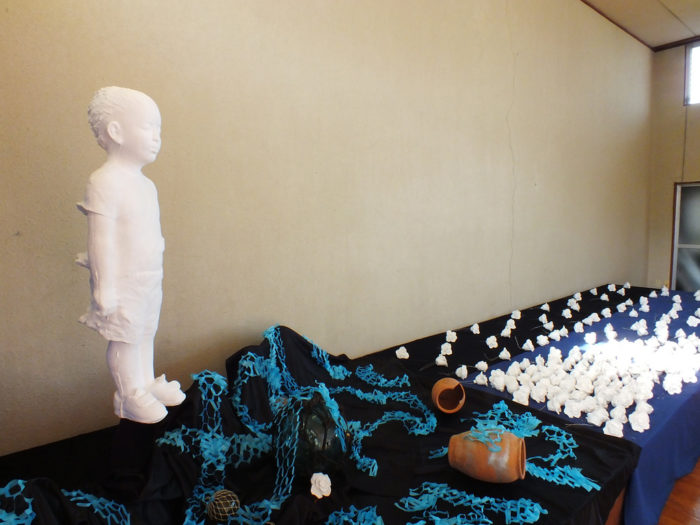 The original mold and various elements linked to the installation or showing its creation were exhibited in the building nearby.

As mentioned at the beginning of the post, I had assumed that the artwork was going to stay there until pretty much every statue has dissolved, but actually, Lin Shuen Long returned to Obe this week and took it down. He posted some beautiful pictures of the ceremony they held for the closing of the artwork.

Because of its somewhat remote location, I had the chance to go see Beyond the Border – Tide, only once, so don’t expect many more pictures about it on the blog. I only kept a couple (the best ones?) for later, but that’s all.

2 thoughts on “Beyond the Border – Tide”