Last Fall, when I went to Naoshima, I didn’t just take pictures and film the Naoshima Pavilion.

I also and mostly spent time in the southern part of the island, in and around the Benesse House Museum. (If you want to see the inside, please click on the link)

Right now, I’m going to show you the outside, including some of the artworks that can be found there. 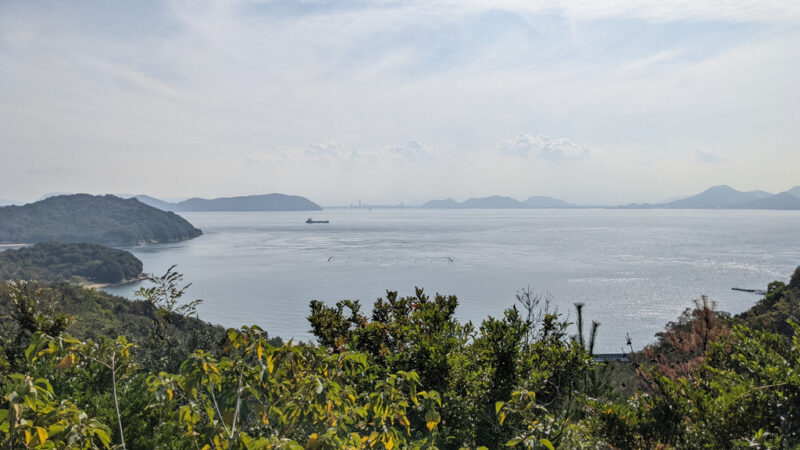 Naoshima is relatively flat compared to its neighbors, but it’s not completely flat. This picture was taken on top of the road that goes behind the Benesse House. On a side note, can you see my house in the background? 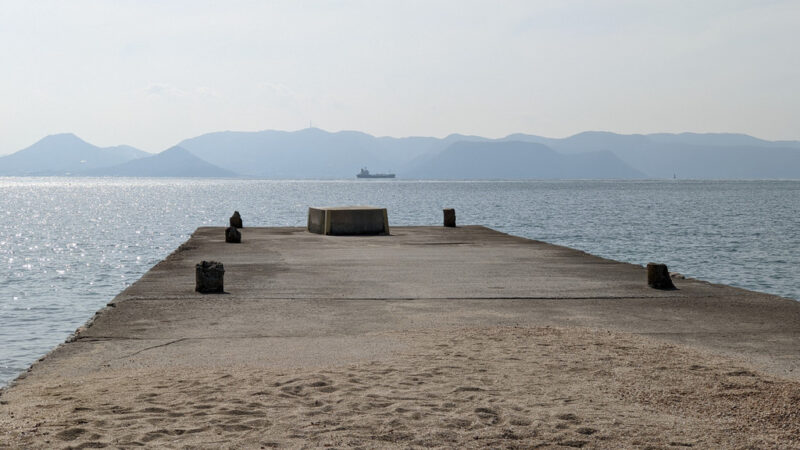 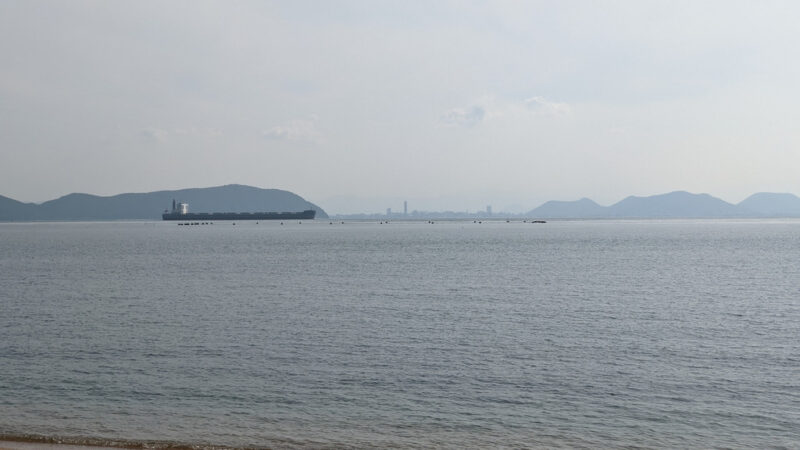 One of the good side effects of the pandemic (maybe the only one) is that traffic on the Seto Inland Sea has been quieter. Still, it is not quiet enough that there are zero super tankers cruising through. I know the chances that one has a problem here are very very small, but I’m terrified of the idea. 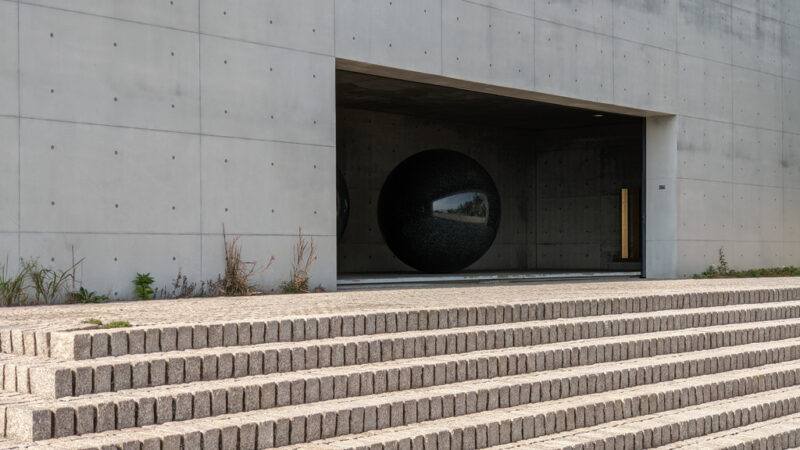 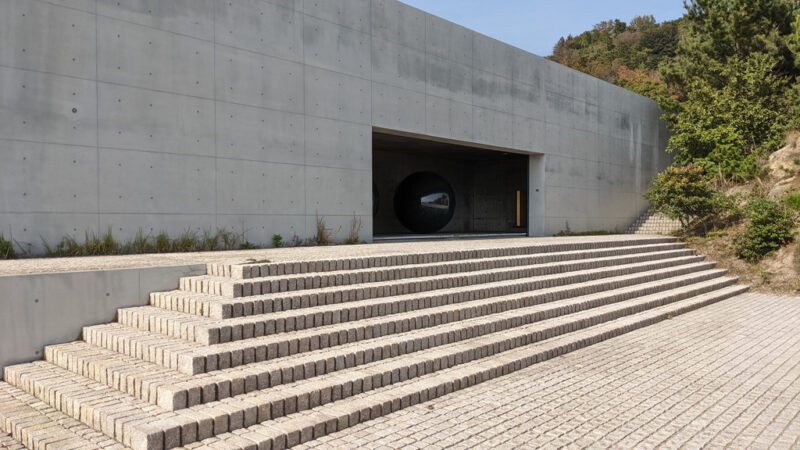 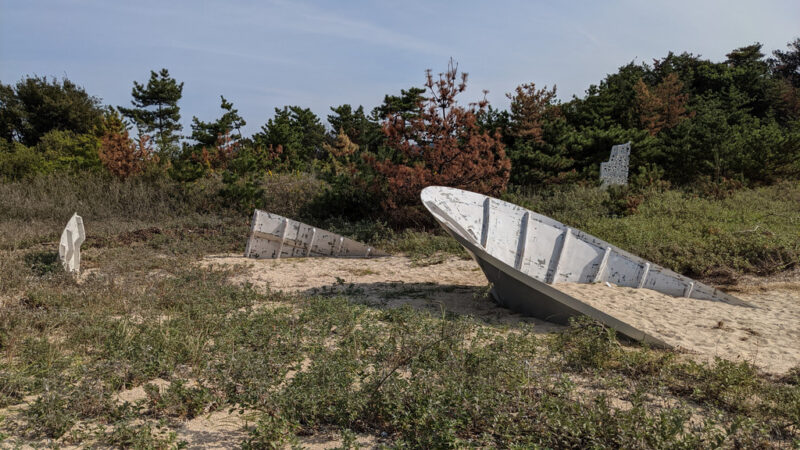 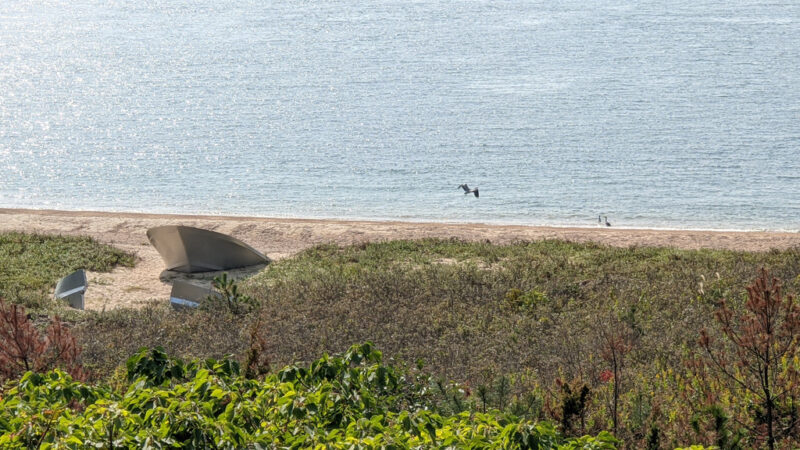 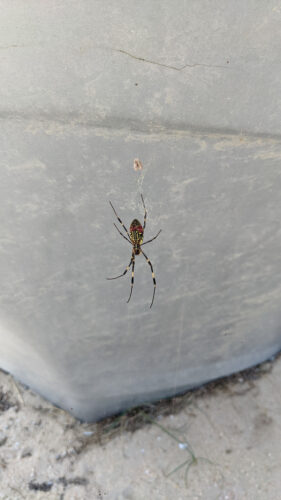 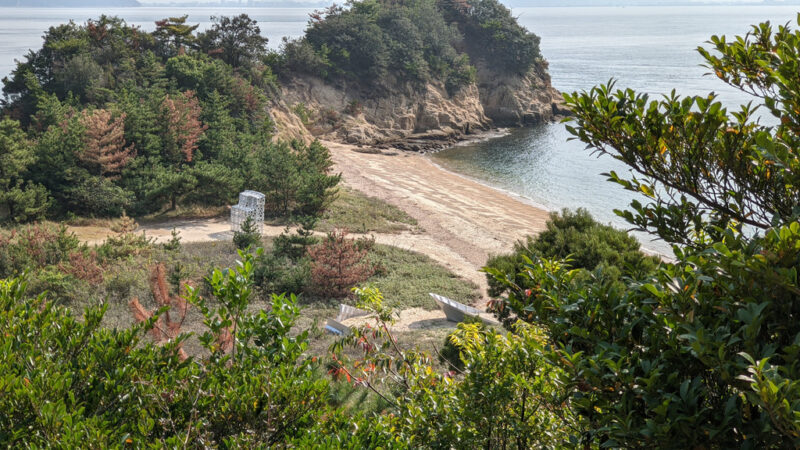 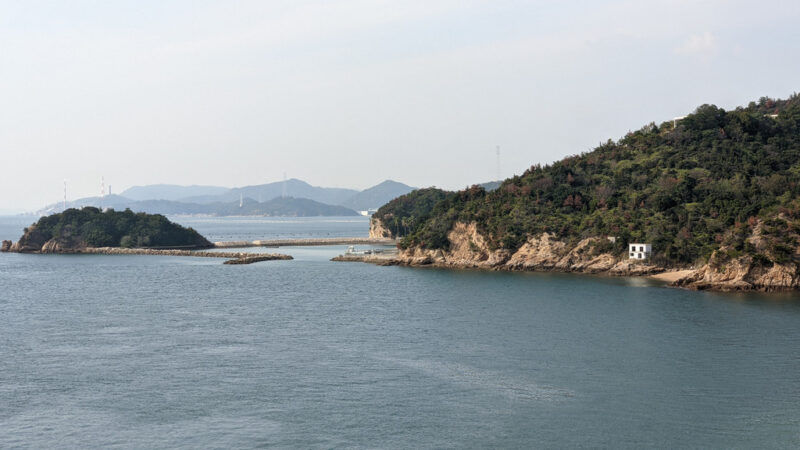 This little white house is a mystery I’ll solve one day. It seems abandoned, but why is it still standing there, 35+ years after Fukutake bought this part of the island? On the other hand, the small harbor of the left is not a mystery at all, it is Fukutake’s private harbor. 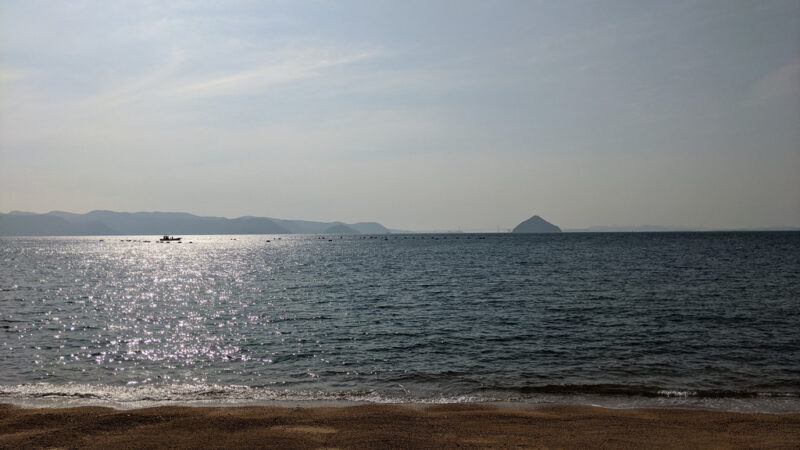 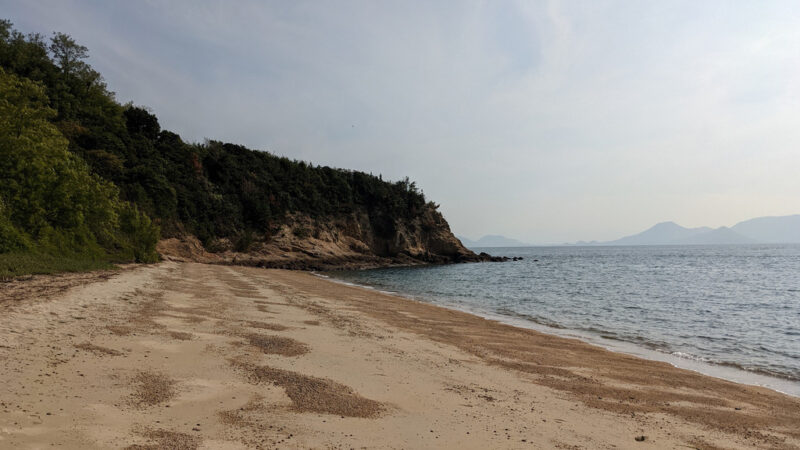 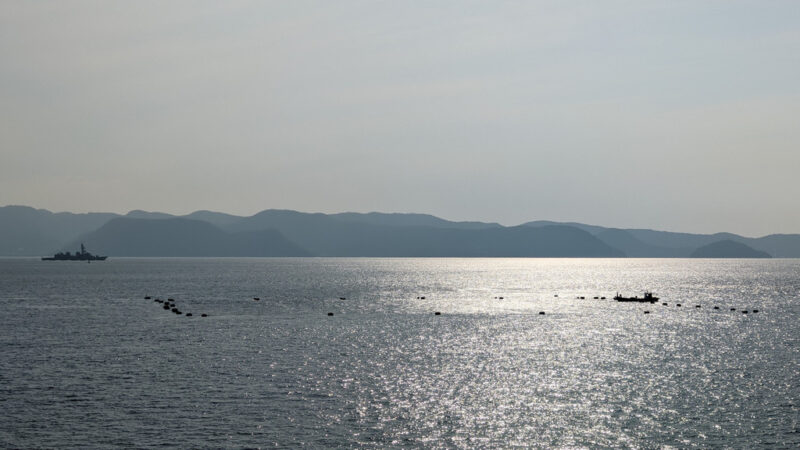 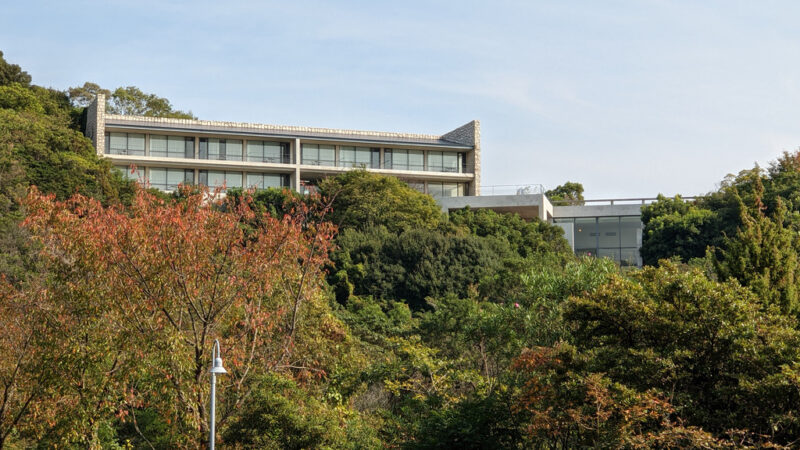 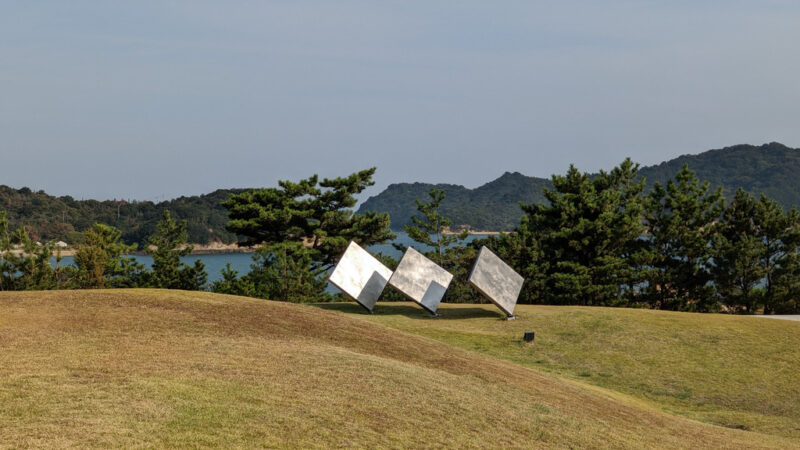 Three Squares Vertical Diagonal by George Rickey (1972-82)
One of my favorite artworks in this part of the island. 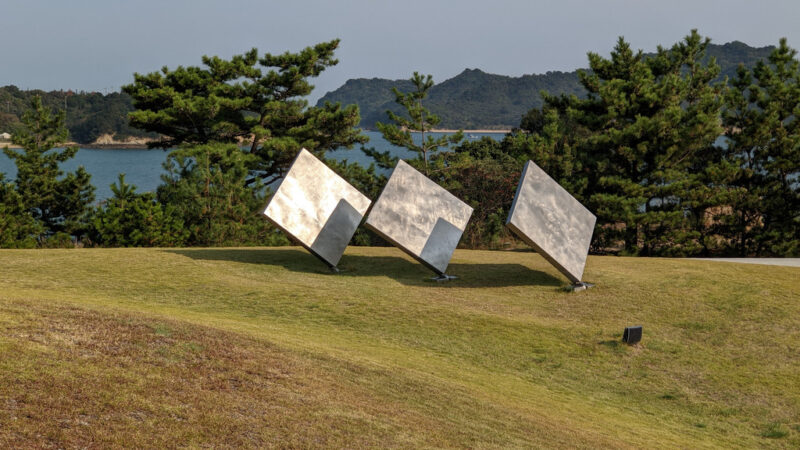 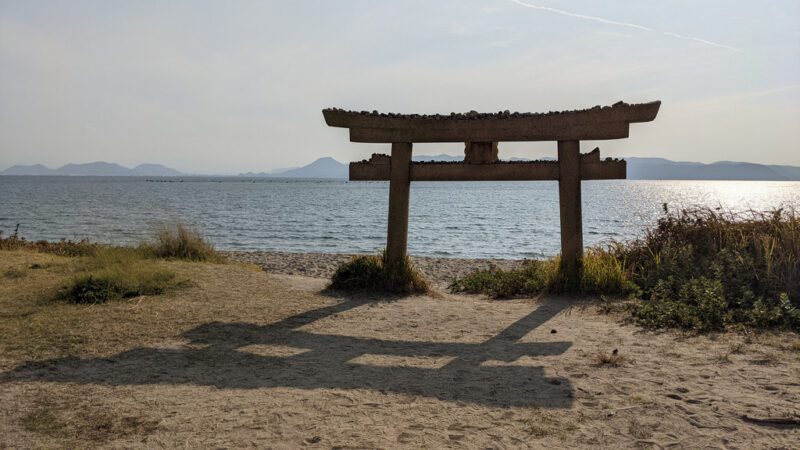 If you’re vaguely familiar with the outdoor parts of the Benesse House, you also know that there are many more artworks there. So why didn’t I take pictures of them? Well, because I was busy filming them!

I know this blog has been awfully quiet these days for all sorts of reasons. To make up for it, expect an entire series of posts about Naoshima in the coming weeks (some long, some short).

Finally, if you liked what you saw and want to thank me for my work, there are many ways you can do that, click on the logo below to find out.