It’s been all around the web for the past two or three days: a Japanese giant salamander was found on the banks of a Kyoto river.

If you’ve missed those pictures, here they are.

The  Japanese giant salamander (andrias japonicus in Latin, ōsanshōuo in Japanese) lives in Western Japan and can reach a length of two meters, even though one meter is a more common size. It lives almost exclusively in the water and is completely inoffensive. While, it is not endangered, it is threatened nonetheless, mostly because its natural habitat (Japanese rivers) is being covered with concrete more and more.

While, it’s quite exceptional to run into one in the streets of Kyoto, like the one that’s making the news now, they’re not that rare in the prefecture’s countryside.

However, if you want to see some up, close and personal, your best chance is at Kyoto Aquarium (it actually is the aquarium’s mascot): 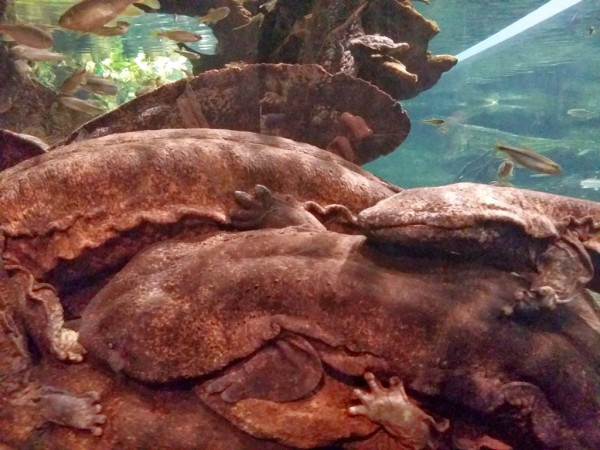 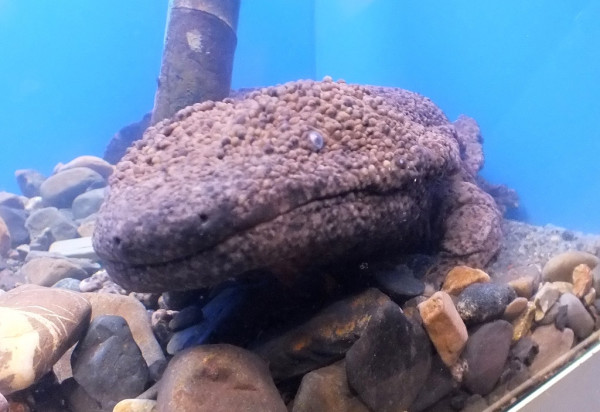 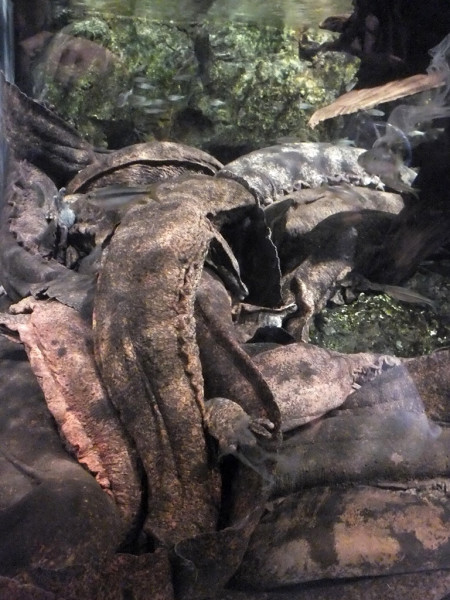 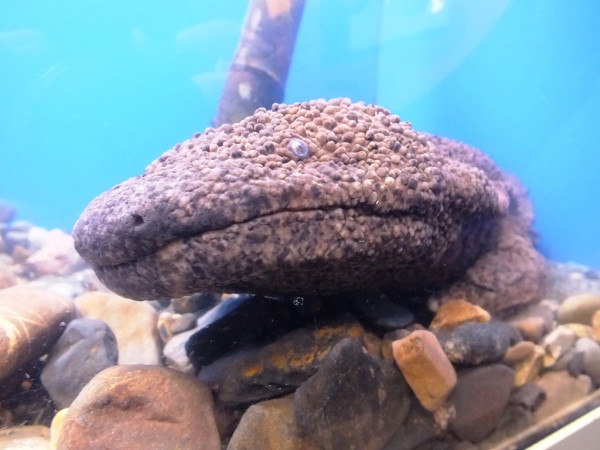 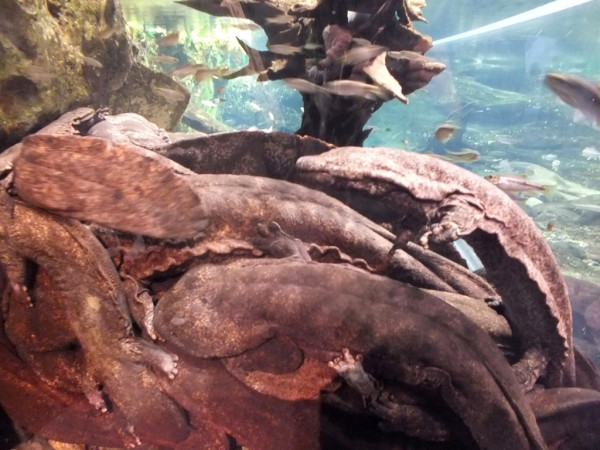 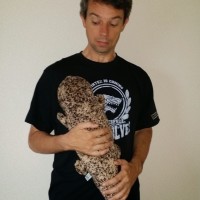 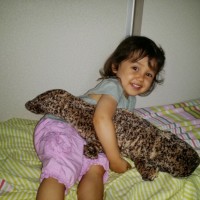 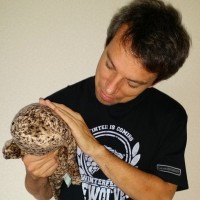