I may have previously briefly mentioned the fast boats that link Takamatsu to Naoshima and Teshima. Today, I’m talking about one of them, the Teshima Artline, into more details. 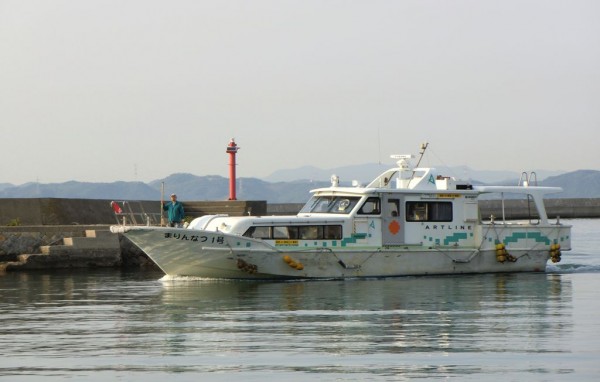 It’s not exacty the cheapest boat in the area (a one way ticket to Teshima will cost you ¥1,300) but it definitely is the most direct and fastest way to reach Teshima, an island that is strangely hard to reach from Takamatsu. For example, no ferry runs between both places, if you want to bring a vehicle or large objects to Teshima from Takamatsu or vice versa, you’ll have to make a detour through Uno Port or Shōdoshima.

Depending on the time you’ll board it, Teshima Artline follows two different routes. Either Takamatsu Sunport – Honmura on Naoshima – Ieura on Teshima, ou directly from Sunport to Ieura. If you make the detour to Naoshima, the trip will last about 50 minutes (unless you’re actually going to Naoshima, in that case, it’ll last 25 minutes). The direct route between Takamatsu and Teshima also takes 25 minutes. 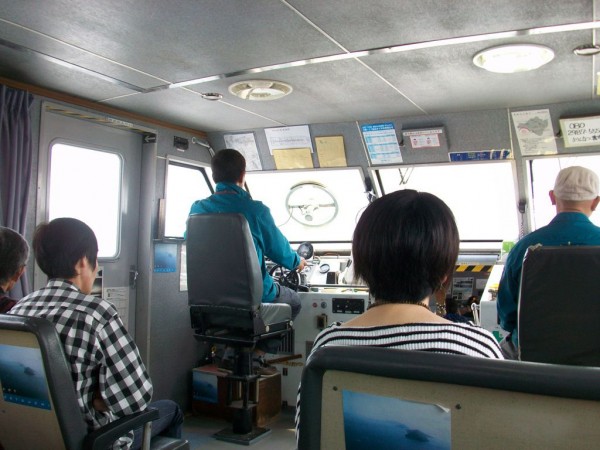 One thing I really like on this boat is that – similarly to what Ren Fukuzumi says – the crew and staff really gets involved in promoting their island and Art Setouchi. One could argue that this is a normal thing as the more people are interested in those, the more people will use their boat (actually I wonder how those small boating companies could make money before Art Setouchi), still not every boat and ferry does it. Once aboard, the “co-pilot” will give you various leaflets introducing Teshima, Naoshima and the various artworks. When passing by Megijima and Ogijima on the way, they will give you a few tidbits about them too. This is the only boat where you’ll see this. 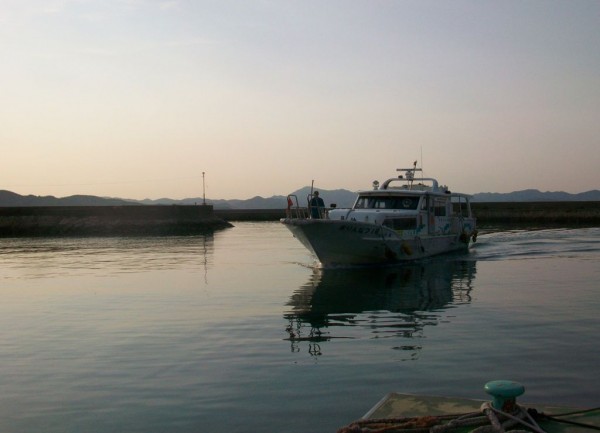 So remember, if you want to go quickly from Takamatsu to Teshima or Naoshima, Artline Teshima is the boat that you need.