By the way, this is where I was last week-end: 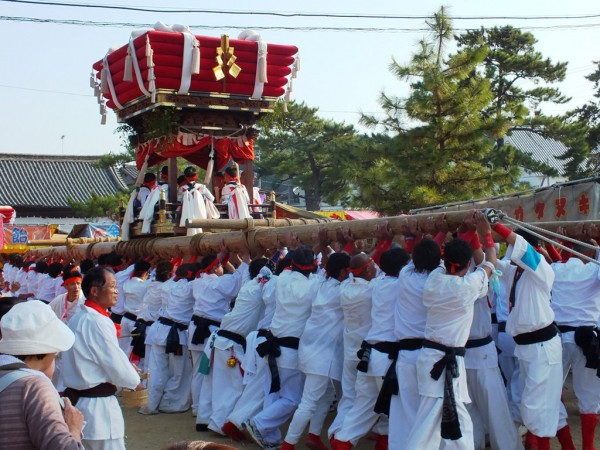 After not going there in two years, I went to Shōdoshima for the second time in one month. This time we spent two days there (it was my first time sleeping on an island!) doing some tourism and attending the Fall Matsuri in Yasuda.

You’ll see more details about that very soon, but in the meantime, don’t be surprised by the lack of posting in the next four days or so, as I’m on vacation, I’ll mostly be island hopping (apparently this is the week to do it, as this is what I did the last time I was in Japan mid-October, two years ago) with some very new destinations (places that I not only have never written about, but also simply never been to before) some very familiar ones (of course a trip to Ogijima is planned) and probably a surprise too for Sunday (hint: chances are that on October 21, 2012, I’ll be doing very similar things from what I did that day in 2010).