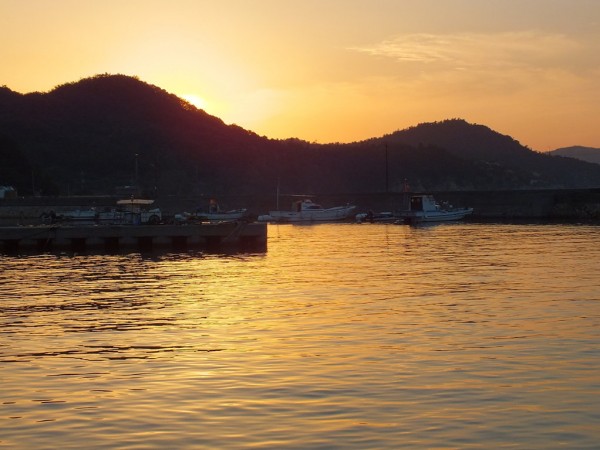 And with this Sunset on Ieura Port on Teshima, I’m informing you that my vacation is ending (I still have one day left, but it’ll mostly be devoted to cleaning the house) but the good consequence for you is that the blog is waking up.

If you followed me on the usual suspects (Facebook, Twitter, Google+, the links are on the upper right corner), you know more or less where I was.

If you missed it:

Expect posts about those places in the near future.

It was good to be island hopping that way. It hadn’t happened since I moved to Japan, and it sweetly reminded me of two years ago (the same week) when we did pretty much the same thing during the Setouchi International Art Festival.

Next time should be in early Spring if everything goes according to plan. In the meantime (especially before winter), I hope to go to a few more places, not that it matters for you seeing how much material I still have to post (and not enough time to post it).