Today, just a few pictures (and a video) of a Sunday spent in Takamatsu (it was Sunday, October 17th if you wonder). 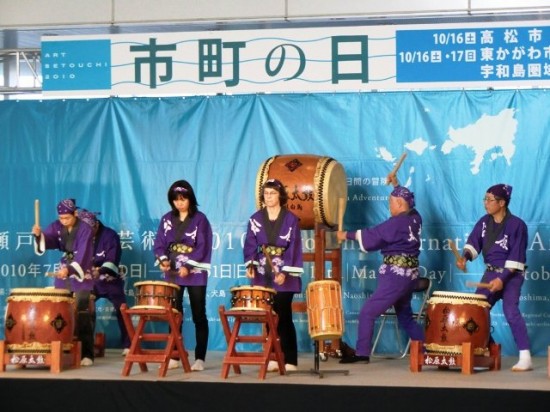 During the three months that the Setouchi International Art Festival lasted there were a bunch of cultural events here and there associated to it, especially in Sunport and especially on weekends, such as this Taiko concert. 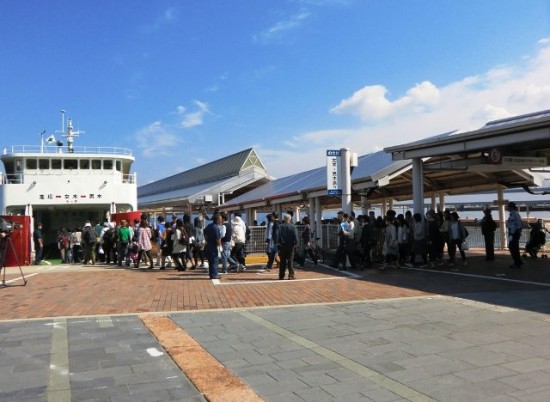 Meon, the ferry to Ogijima and Megijima.
Usually, there are rarely more than a couple of dozens people taking it at a time.
But that was on a Sunday during the festival. 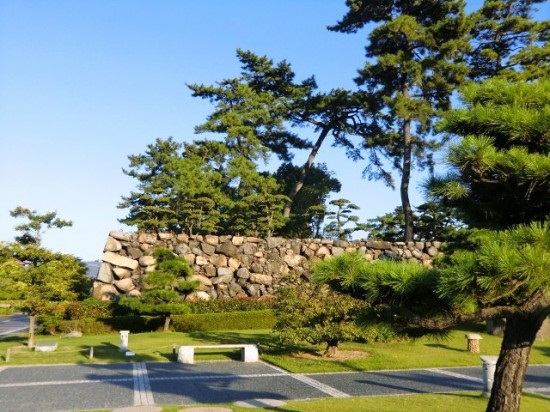 The outside walls of Tamamo-koen.

That day was well used indeed, as it is also the day that I officially started my coverage of the Setouchi International Art Festival with the visit of Noboru Tsubaki’s PROM – Prosthetic Restoration of Our Memory. And that’s not all as you’ll see in the next post (to be continued).