The other day (OK, it really was one and half years ago, when I just started working there, though the pictures are a bit more recent) I found something interesting on Kagawa University’s main campus. Check it out:

And yes, they caught my attention (on top of being in an unexpected location) because of the sign at their base mentions Ogijima (男木島) and Megijima (女木島) : 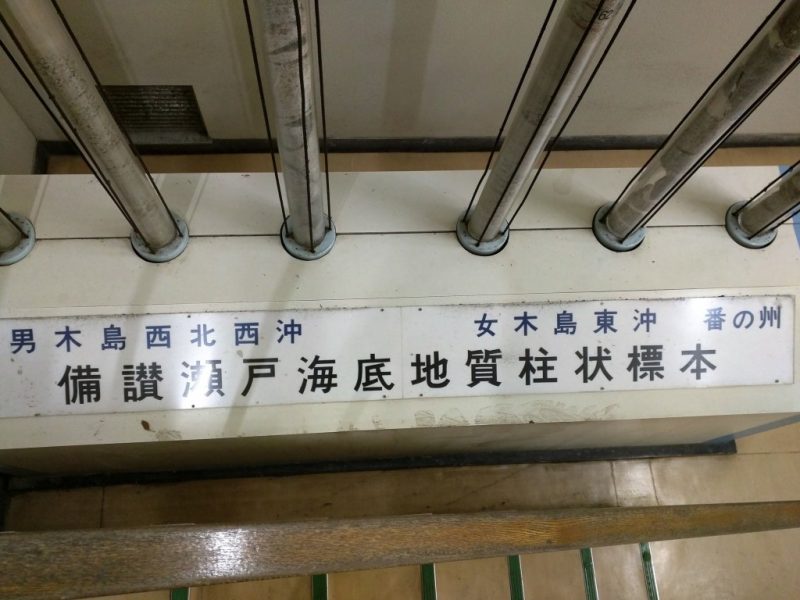 I had to walk up the stairs to the second floor to get the full picture : 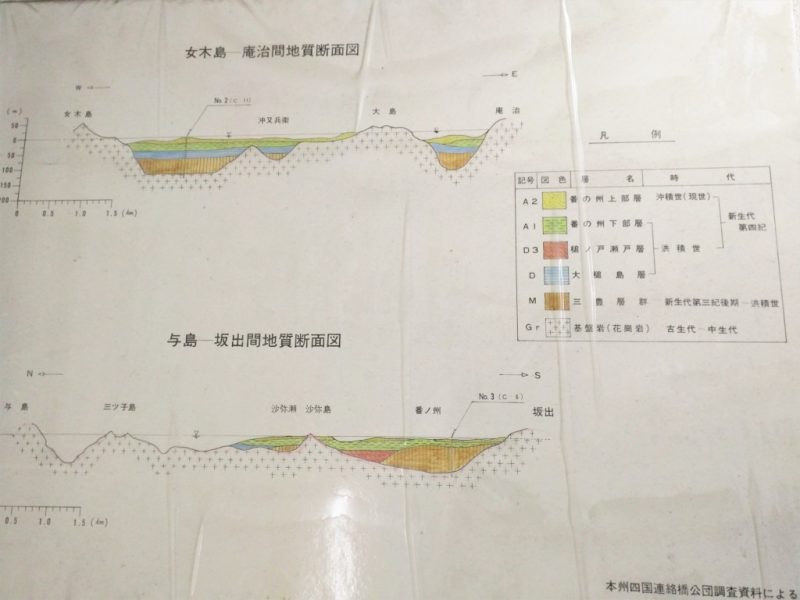 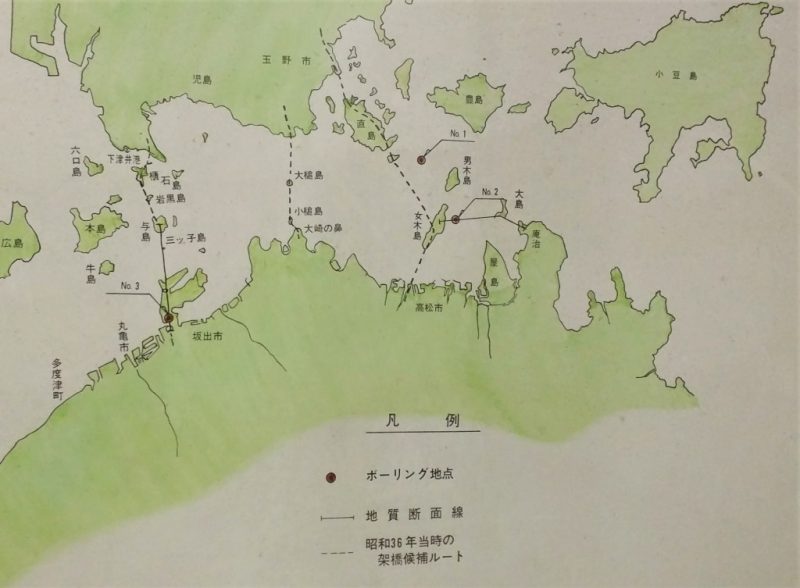 Those core samples were taken from under the bed of the Seto Inland Sea at the time when the Great Seto Bridge was planned, studied, and designed.

And as you can see above, there were three proposed plans.

The one in the west is where the bridge was actually built, between Sakaide (Kagawa) and Kojima (Okayama), and I’m quite glad that this is the option that was chosen. The two other options are horrifying.

The central one proposed to go through Kozuchishima and Ozuchishima. It kinda makes sense as it’s the narrowest part of the Seto Inland Sea, but the islands (especially Ozuchishima, alone halfway through Shikoku and Honshu), form one of the most beautiful seascape of the area and it would have been destroyed :

Sunset over the Seto Inland Sea

The eastern option is scarier for obvious reasons. The Great Bridge of Seto would have gone through parts of Takamatsu (including very near the neighborhood where my wife grew up), then Megijima and finally  Naoshima, greatly damaging both islands.

It goes without saying that if that route had been chosen many things would have been very different. Benesse probably would not have settled on Naoshima, there would be no Setouchi Triennale. And on a personal note, who knows what kind of “butterfly effect” it would have had in my life? Maybe, my wife – a child back then – would have moved to another neighborhood, which for some reason could have had for consequence that she never moves to France, and I never meet her. Or maybe I meet her, but when I visit her hometown, I’m less than impressed by it because of that ugly bridge that is some sort of giant scar in the area, so I don’t move here (we stay in France, we move somewhere else in Japan, who knows?). And most likely, this blog wouldn’t exist.

And that also made me think that Yoshima was actually partially destroyed by the construction of the bridge. And the part of Sakaide where the bridge takes roots is pretty ugly and heavily industrial. Was it already the case back then, and in that case, the construction of the bridge there was definitely the best of the three options (it was any way for the reasons I just mentioned), or did it become industrialized and ugly because of the presence of the bridge? I need to look into it (unless you know the answer).

In any case, let’s count ourselves lucky that it wasn’t built over Takamatsu, Megijima and Naoshima. 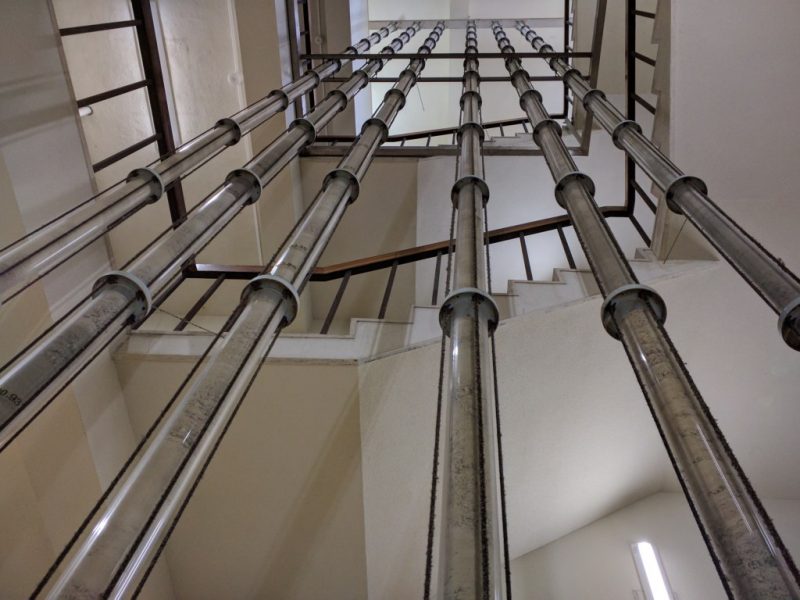 4 thoughts on “Something Interesting on Kagawa University’s Campus”