It was last summer, on July 21st, 2019 to be precise. The location was Megijima, on the grounds behind the old school, in front of the small shrine, near the campground, right next to the beach. It was my eleventh day at the Setouchi Triennale 2019, and the Seppuku Pistols were going to “fight” Bonsai Master Masashi Hirao once again, just like three years prior.

Of course, the fight is purely symbolic. I’m sure they’re all secretly ninjas and other kinds of superheroes, but they were not going to reveal their secret identities right there and then.

In 2016, despite the scorching heat, the event had been one of the high points of the Triennale.

In 2019, maybe partly because of the rainy weather, probably because of the concert of the night before, the tone and the atmosphere were a bit more subdued. The good thing was that the event felt a bit more intimate. The bad thing is that because everyone was just closer and occupied less space, it was much more difficult to film or take pictures. 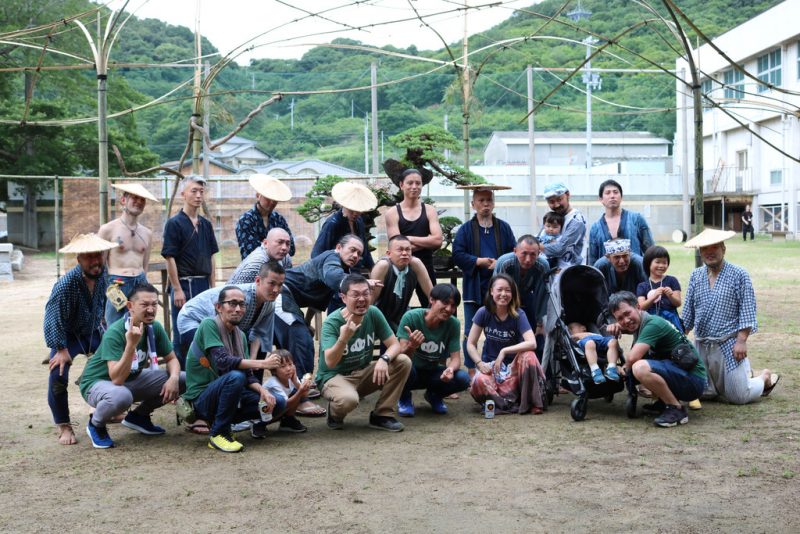 If you want to see more.

The “official” video of the event (much better than mine):

That’s all for today, stay tuned for more (sorry that posts are not coming as often as they should at the moment, but all the extra work caused by all classes moving online has been quite insane until recently – it’s slowly becoming a bit more manageable).

If you like what you saw, please support the author for his work by clicking on the logo below: