Or more precisely, how to make sure your binational, bicultural kid becomes bilingual.

Six months after the creation of this new rubric on the blog, here is at last its second post (this rubric is meant to be a long term thing, more or less 20 years in the making).

Today, I want to share with you some of my thoughts and experiences about bilingualism among bicultural kids.

When you’re married to someone with a different native language from yours and when you have kids with that person, you often think that, awesome, your kids will automatically be bilingual. Except that it’s not that simple.

If you have bicultural kids yourself, you may certainly know this, if not, here is the awful truth: many different factors are going to play prominent roles determining your lovely kids’ language(s) of choice.

I think that the very first bicultural and bilingual kids that I’ve met were the ones in that Franco-American family whom I met during my very first trip to the US, fifteen years ago. Before them, I had a Anglo-French friend in college, but I never really thought nor asked about how she became bilingual, in my mind she “naturally” was and that was it (Anne-Sophie, if you ever read this, your input is more than welcome).

So let’s return to our Franco-American kids as it’s my experience with them that forged my views on the linguistic education one can give to bicultural kids.

They were three kids with an American dad and a French mother. The children had lived their whole life in the US (with frequent vacations in France). They were perfectly bilingual (with an American accent though). The “secret” was that French was the only allowed language at home. Of course, outside of the house, they spoke English. The fact that both parents were French teachers at the university obviously helped.

After the few conversations I had with the parents on the topic, I deduced that the key was indeed to make the “foreign” language (foreign from the place where the family lives) the only spoken language at home. Had they grown up in France, they would have spoken English at home.

That seemed highly logical and foolproof.

Years went by and I never really deeply thought about the topic again. I met a few more bilingual kids along the way, but I never wondered much about their linguistic education, after all, I had the solution for my future kids if they had a mother who is not a native French speaker.

And I indeed ended marrying a foreign woman, and then I went to live in her country, and then I had a daughter.

Time to put my great theory into practice.

You’ve already guessed it, it’s not as easy as I thought it was going to be.

康代 and I speak French together and we have done so ever since we met. Contrarily to popular belief she doesn’t speak English and my Japanese remains extremely weak (for a bunch of reasons). However, even if I was fluent in Japanese today, we’d still communicate in French, mostly because, I don’t know about you, but when I start using one language with someone, it’s extremely difficult to me to start using another one with them. It feels too unnatural for some reason.

Obviously, we also speak French to Hana. All the time in my case, almost all the time in 康代’s : she speaks French to her at home, even when I’m not present, but in public or when other Japanese people are with them, she will address to her in Japanese.

Hana has started to speak a few weeks ago… Well, speak is something she has done for a while now, but in a baby language that only her can understand… So, it’s understandable words that she has started to use recently.

And most of them are Japanese words!

I guess there are a few reasons to that. I could be wrong, but I think that the first one is that even if she hears more French in terms of quantity (and she does indeed understand French better than Japanese right now), the variety of sources for Japanese is far wider than the ones for French (her mom, me and one weekly video chat with her French grandparents basically). For Japanese she gets her Japanese grandparents (whom she sees several times a week), her mom’s friends, and TV that – for better or worse – is playing a big factor in her linguistic education.

Her Japanese grandparents are indeed a major factor, especially her jiichan whom she loves more than anyone else (ok, maybe not more than us, although I wonder sometimes). He definitely is her main Japanese language teacher at the moment. Most of the words she says in Japanese come from him, as they often belong to the context of her time with him.

Another factor I have heard about several times and that I have seen among many bicultural kids in Japan, is that kids will always unconsciously choose the easy way. I’m not implying that kids are lazy brats, it’s just the ways languages work (if you don’t already know, trust me on this, it’ll be too long and too off-topic to explain). What I mean by that is that they will always tend to use the language that is understood the most around them. And right now, in Hana’s mind – even if she’s unaware of it – it is the Japanese language. Especially because, even if I don’t speak it, she doesn’t really know that, and until now, I do understand all the Japanese words she has used. That will change soon, actually the other day she has used a Japanese expression I didn’t know for the first time (“ochita” – it fell). She may soon become my Japanese teacher.

Well, right now, she doesn’t consciously make a distinction between both languages, so she will tend to express herself in the language she hears the most around her, if not in duration, at least in variety of sources.

Before we go any further, a small anecdote fresh from this morning; maybe she is starting to make a distinction between languages. This morning, she was pretending to call her Japanese grandfather on her mother’s cell phone. Having imaginary phone conversations is one of her favorite games right now. Then, she gave me the phone and I pretended to talk to my father-in-law, in French. Of course, he doesn’t speak a single word of French. Instead of being amused, like I expected her to be, she looked at me as if there was something that didn’t make sense. Was she surprised/confused that I was talking to her grandfather in French and not in Japanese? Maybe.

I think that we are now at some sort of crossroads as far as her linguistic education is concerned. From what I’ve seen from many bicultural kids here, when parents speak Japanese together, or even only if the kid knows that the foreign parent understands Japanese, the kid will only speak Japanese and it will be very difficult to make them speak the other language. I kinda have the advantage of not understanding Japanese much (and it’s actually one of the reasons I have slowed down my learning of the language right now).

So, I think – I could be wrong – that now is the time to help her to start distinguishing both languages (as I previously said maybe she just did today) and after that start to understand that French has to be the language spoken at home, so that it becomes her language too and not just Dad’s.

Now, I also think that I need to multiply the sources of French at home. That kinda means watching more DVDs in French I guess. However, beyond the technical issues (French DVDs won’t play on Japanese players, some Blu-Rays do, but there aren’t many Blu-Rays for young kids), when I look through what French sites have to offer, I feel that there aren’t many cartoons and shows for toddlers in France (at least compared to what’s available in Japanese). No French equivalent to Anpanman or Wan-Wan for example (Hana’s two idols at the moment).

So this is where we stand at the moment.

Of course, I’ll post more on the topic as Hana’s language skills evolve.

And of course, if you have personal experiences on the subject, please share them with us in the comments. 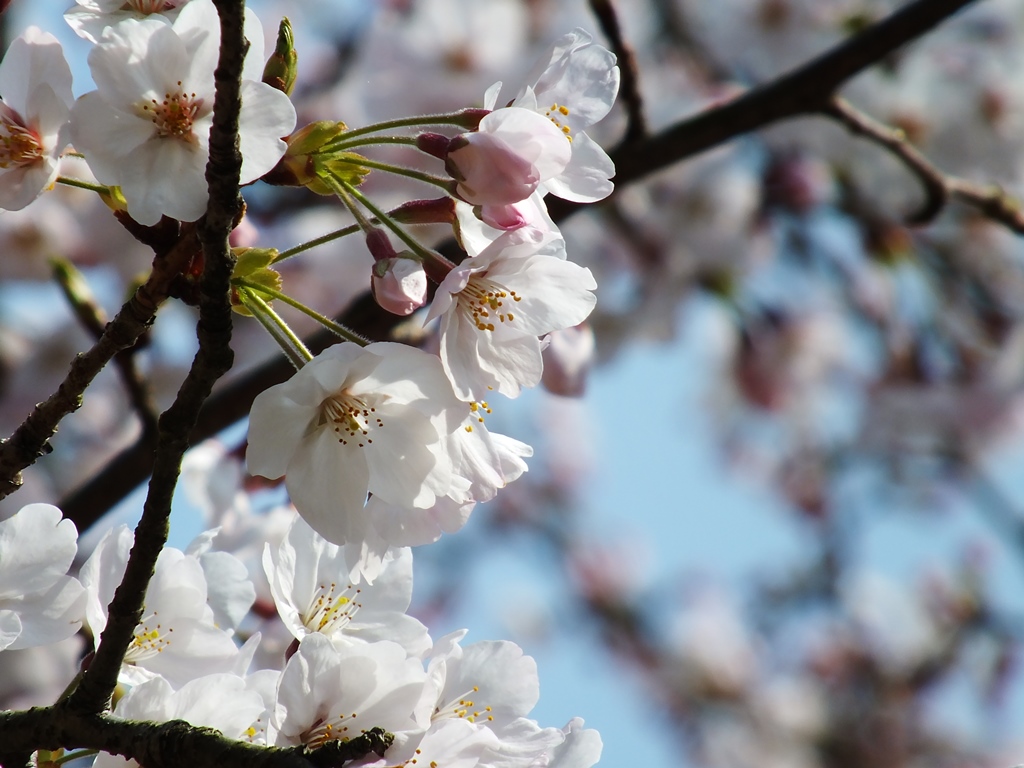 Cherry blossom season is almost over, and I haven’t been very lucky with it this year; for the past three weeks […] 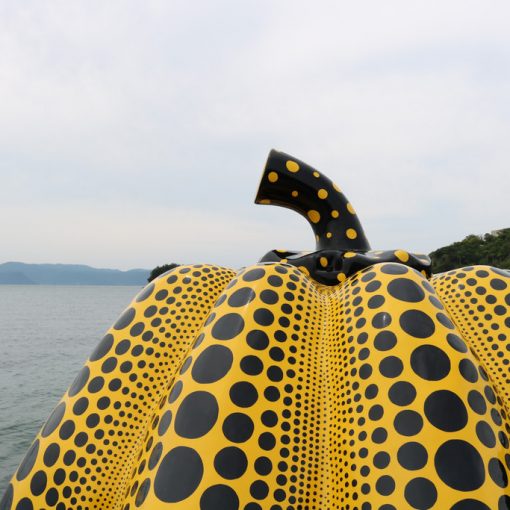 So, things are kinda sorta getting better in Japan. A second wave of the pandemic could be coming, it may even have […] 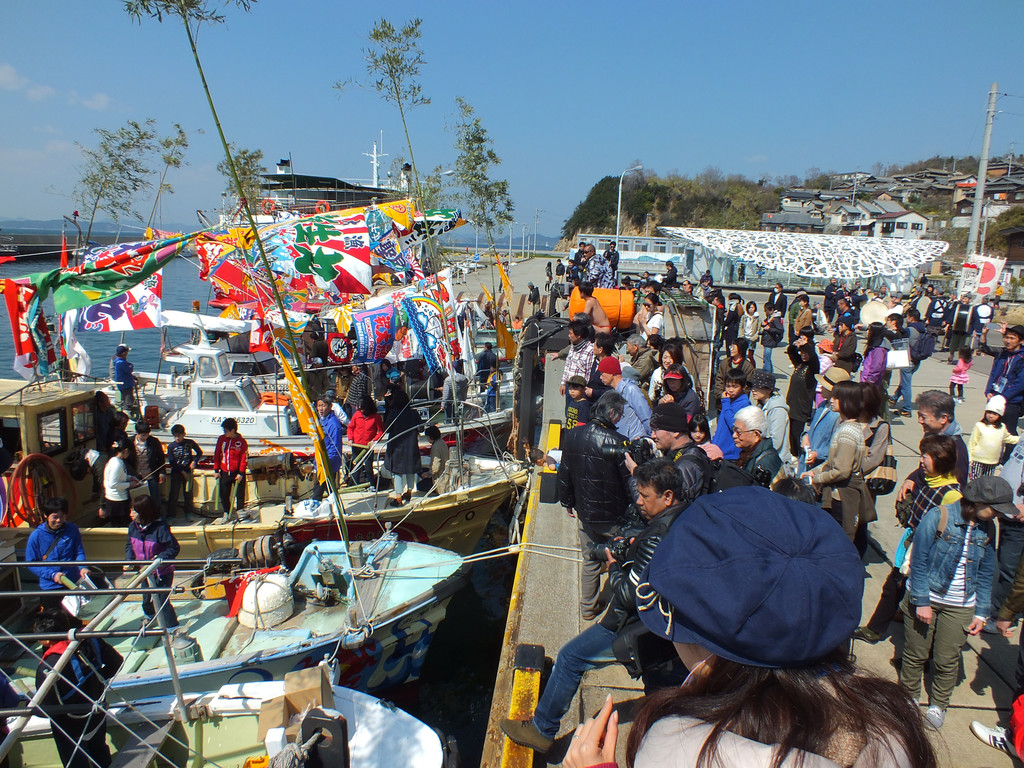 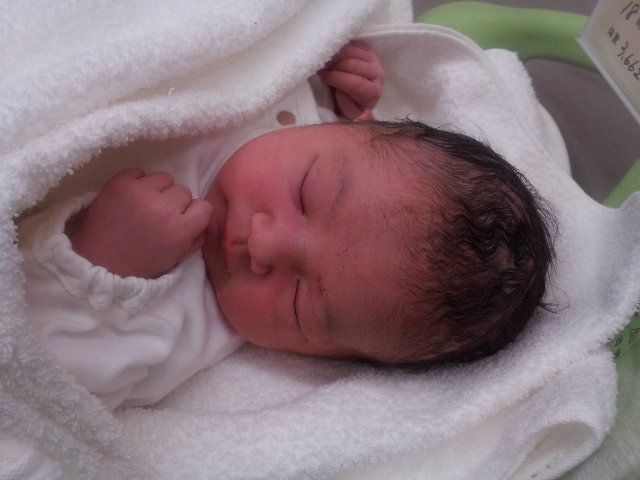 Memories from a Festival.   Oh… and on completely unrelated news:

22 thoughts on “How to raise a bilingual kid”