I took my damn sweet time. I can’t believe that this post was more than two and half years in the making, but we are finally there, to the top of Konpira-san!

But before we go any further, time to catch up with the previous episodes of Konpira-san’s ascension, as you may have missed (or forgotten) some:

Now that you’re caught up, let’s start the final part of the Konpira-san ascension!

We say “see you” to the main shrine (we’ll see it again on the way down) and start climbing the last steps.

When I say “last steps” don’t get confused, there are still 583 remaining out of the 1,368, that’s about 40% of the climb, and it’s probably the most difficult part, as there aren’t many stops and distractions along the way.

It’s also the quietest part (rare are the visitors who go further than the main shrine – actually, it’s not uncommon that I stumble upon some bloggers who talk about Konpira-san and think they’ve reached the top when they’re only at the main shrine). It’s also the most “spiritual” section. These steps climbing in the forest to an unseen destination really give the feeling that one enters to another world; there even more so than in the other parts of the sanctuary. 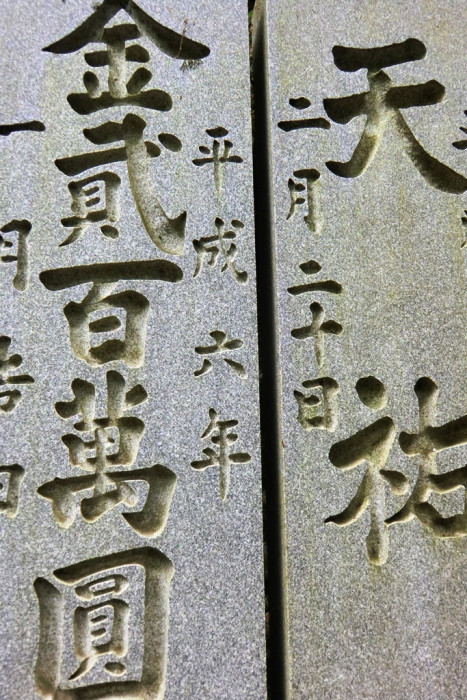 Right after the main shrine – just like in some other spots during the ascension – one can find some tall and thin plaques along the side of the path. They name the various people and companies (mostly companies) who gave significant financial support to the place. At this location you can find the more recent ones (the older ones are closer to the bottom of the hill), some of them are almost brand new. An interesting reminder that such shrines are not just historical and/or touristy places, but also “live” spaces that are anchored in the present. 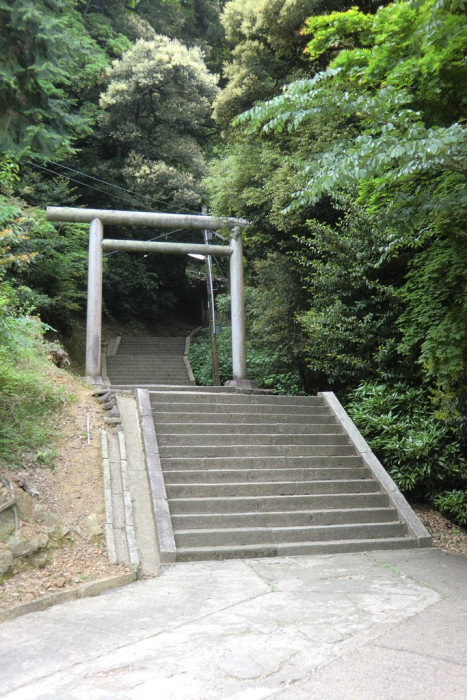 The vast majority of the remainder of the climb will look like this. 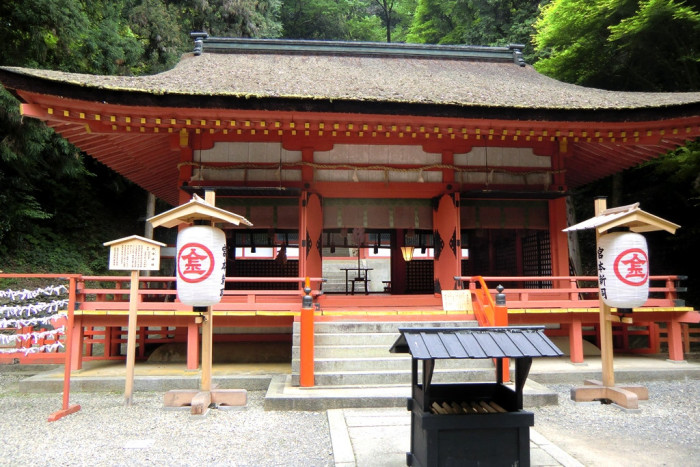 There is a small cute shrine along the way.

I could be wrong, but its name is Tokiwa-jinja.

After that, nothing special, just many many many steps until the top. However, at this stage every step kinda becomes special in itself: 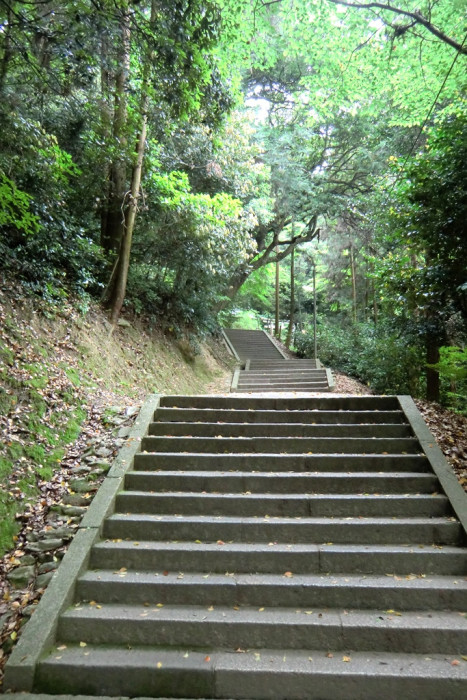 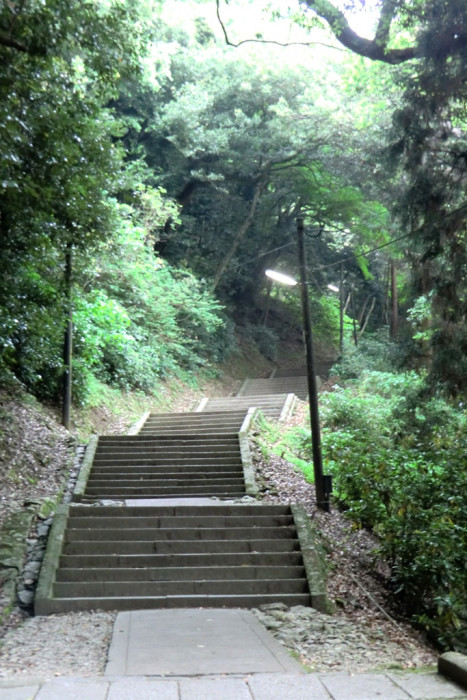 Oh, and that day, I tried my first attempt at vlogging (maybe I should do it again, not sure, we’ll see). It’s in French, but really, I’m not saying anything that interesting, just that there are a couple hundred steps left and that I’m pretty tired: 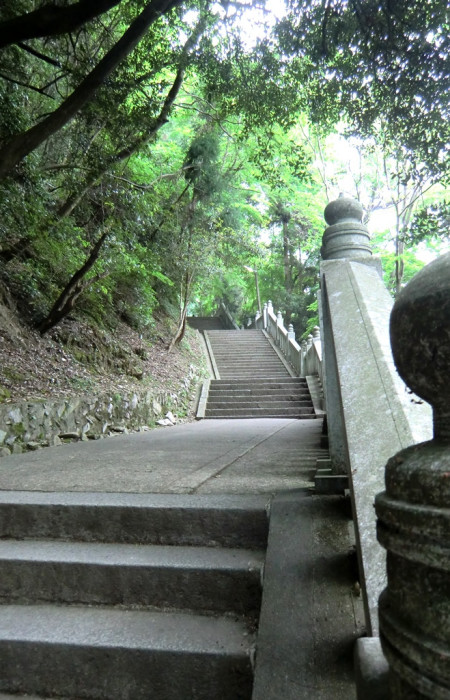 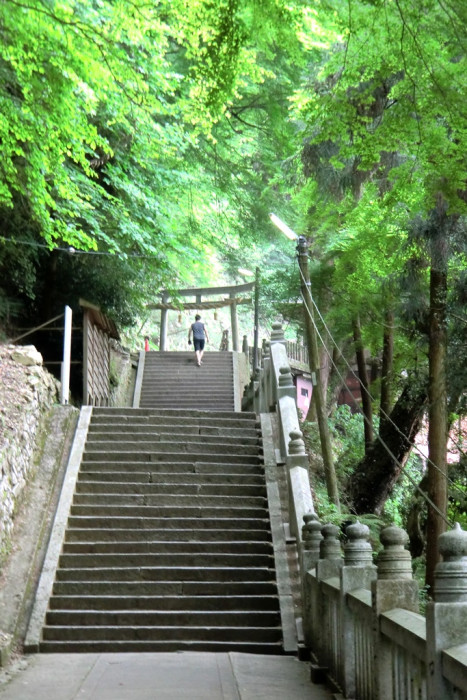 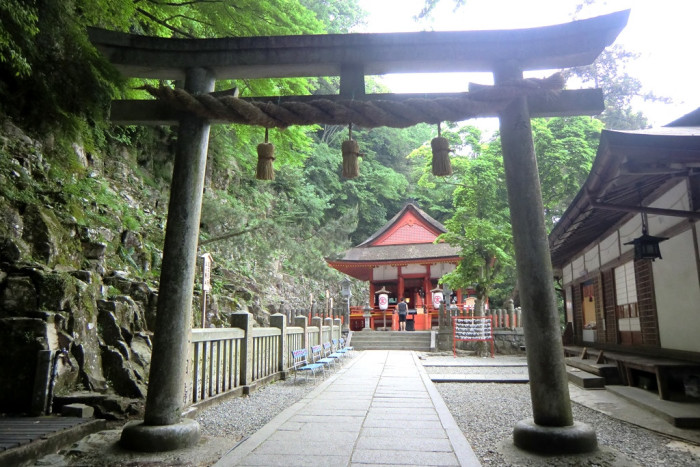 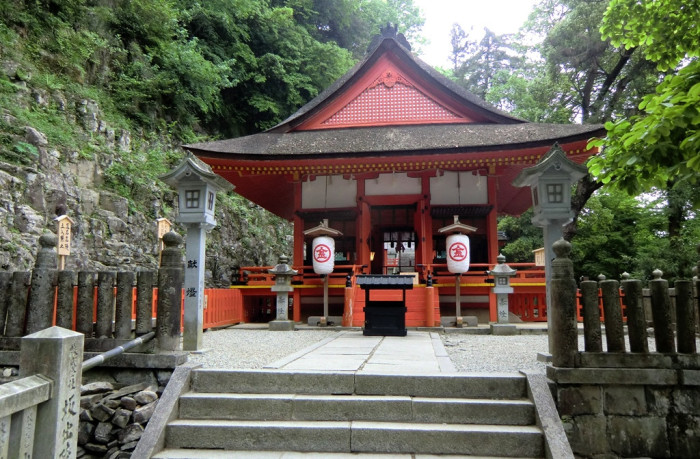 I could be wrong, but I think that the name of this final shrine at the top of Konpira-san is called Okuyashiroizutama-jinja.

Sometimes, I hear people being surprised that it is so small, being the top of such an important and famous place and all that. Personally, it doesn’t surprise me, and I find it quite normal. First for practical reasons. This is quite an isolated spot, pretty high on the mountain, it’s simply very difficult, almost impossible to build anything bigger. Next, hoping to find something large and impressive there is a tourist approach of the place. The tourist wants to be rewarded for his/her effort with something “worth it.” That may not be the case with this small shrine. Now, don’t get me wrong, tourism in one form or another has existed at Konpira for ages, it’s not just a 20th/21st Century thing. It doesn’t change the fact that Kotohira-gu wasn’t designed for tourism but spirituality and religion, and as such, it kinda makes sense that the most important part of the sanctuary to be remote, isolated, small, meditative. The reward for the effort is the effort itself, not what’s at the end of the climb, but the climb.

How about the view from there? I’m sure it could be stunning on certain days, but every time I’ve been to Konpira-san, the weather wasn’t so great (on the other hand, it’s because I don’t really want to climb 1,368 steps on a hot sunny day): 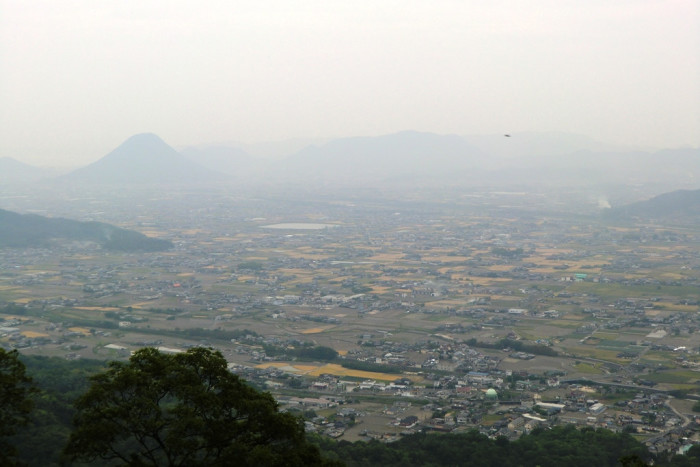 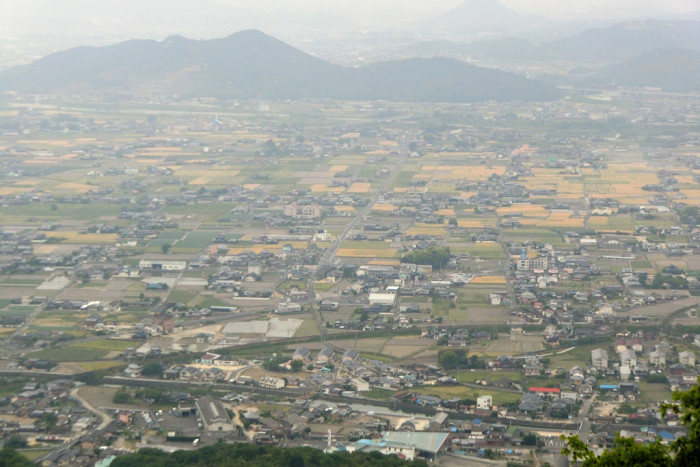 One last thing: so apparently what most people do when they reach the top is take pictures of themselves there. Not really my thing, but after I took the pictures of two buddies who had followed me in their climb, they wanted to return the favor and take a picture of me. OK, then:

And this is it for the climbing of Konpira-san…

No, not really. After reaching the top, one needs to go back down.

So stay tuned for one final episode of my Konpira-san series.

2 thoughts on “Konpira-san: to the top!”