While certain bloggers – and not the worst of them – have almost turned this into a trademark, I’ve always had issues with taking pictures of strangers. There are a few reasons to that.

There’s also the whole privacy issue, of course. Sure I could ask people to allow me to shoot them, but you know what happens next, they’re not natural anymore, you don’t shoot a “piece of reality” anymore, but something staged. I could also ask, after the fact, actually I believe that this is the “proper” procedure, but I must admit that with my tiny automatic camera, I wouldn’t dare to do such a thing (at least with a big camera, one can at least look vaguely professional).

So those are the reasons why you don’t see me taking and posting more pictures of people on this blog.

However, there are circumstances when everyone take pictures of everything, and in those cases (Matsuri for example), I believe that taking pictures of people is fair game.

A couple of weeks ago, I discovered another one of those circumstances. That is Hanami!

As I was walking along the alleys and paths of Ritsurin Garden, I soon realized that the people visiting the park that day were actually almost as picture worthy as the cherry blossoms.

So, here are a few pictures of those people. 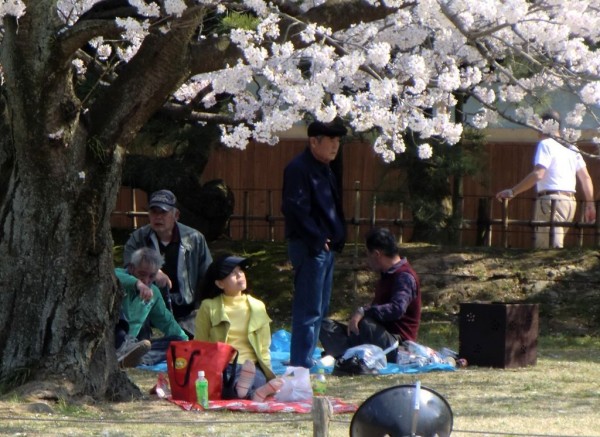 “Hanami” means “look at the flowers” and this is something that most people literally do. 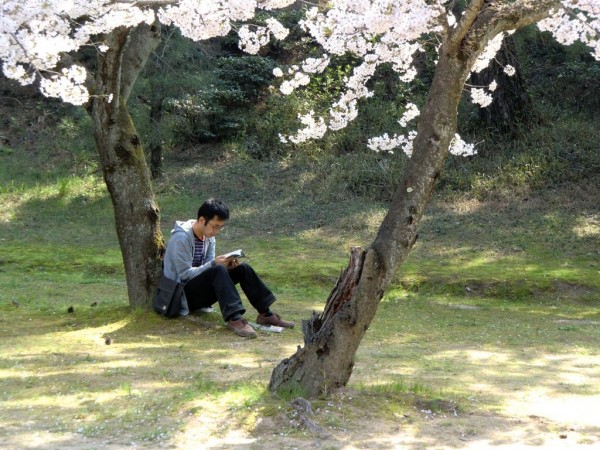 Before moving to Takamatsu, I dreamed about the moment I’d be able to just go to Ritsurin Garden to read a book. Unfortunately that moment hasn’t happened yet (mostly because it was Winter), but I still hope it will sooner than later (although nowadays I’m quite busy) 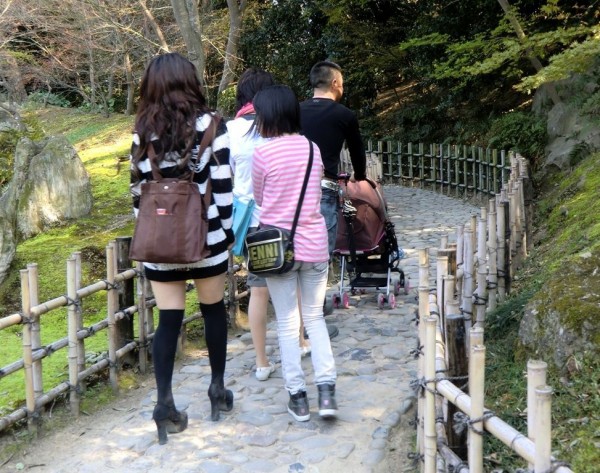 When one talks about Japanese people’s practical sense, one usually forgets about those young women whose number of brain cells is usually as low as their skirts are short and who don’t really understand one doesn’t wear the same clothes (and especially not the same shoes) when one goes shopping at the mall, and goes for a walk in the countryside or in a park with uneven paths. She’s not an isolated case. 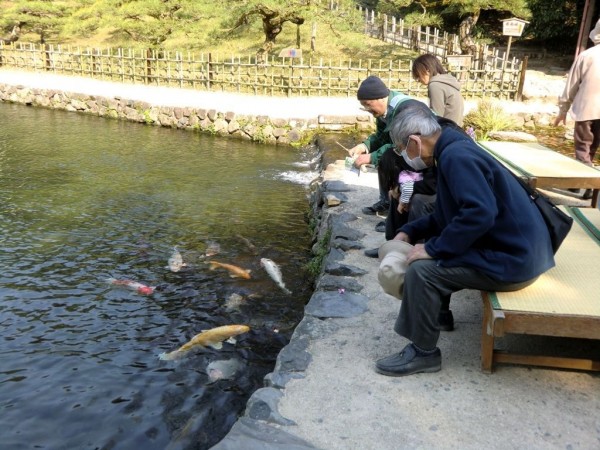 If cherry blossoms are a temporary and very seasonal pleasure at Ritsurin Garden, feeding Kois is a permanent one. 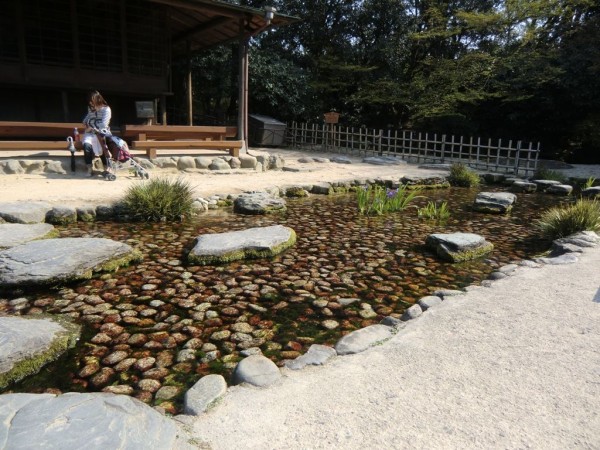 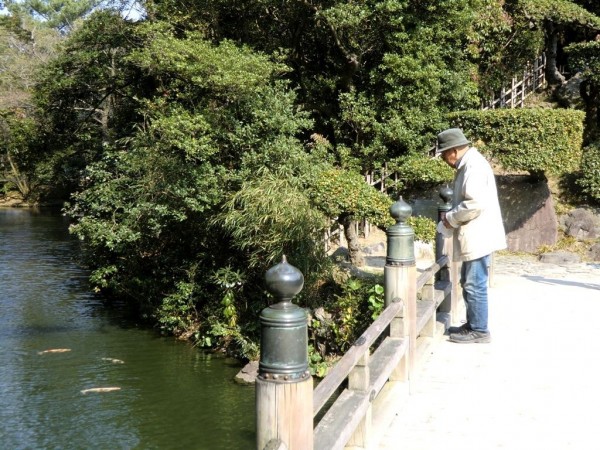 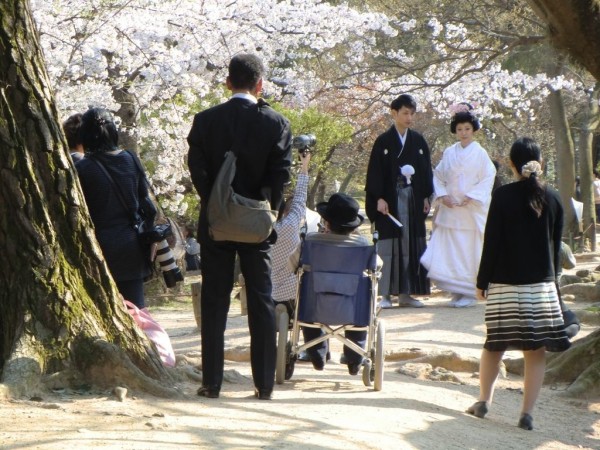 There are worse months than April to get married in Japan. 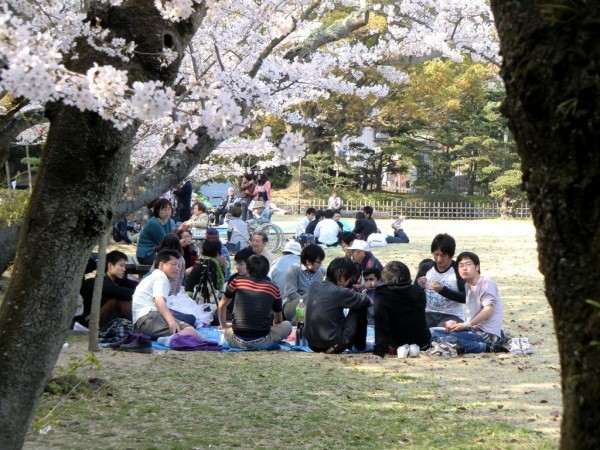 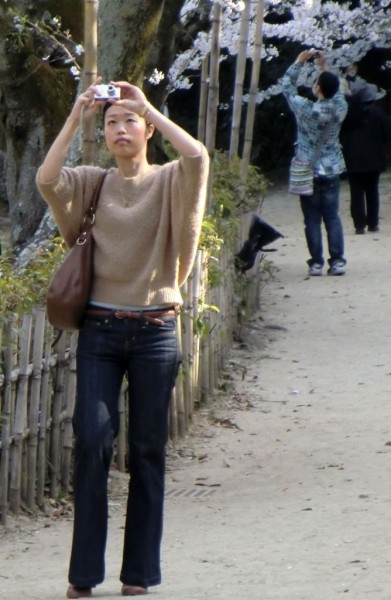 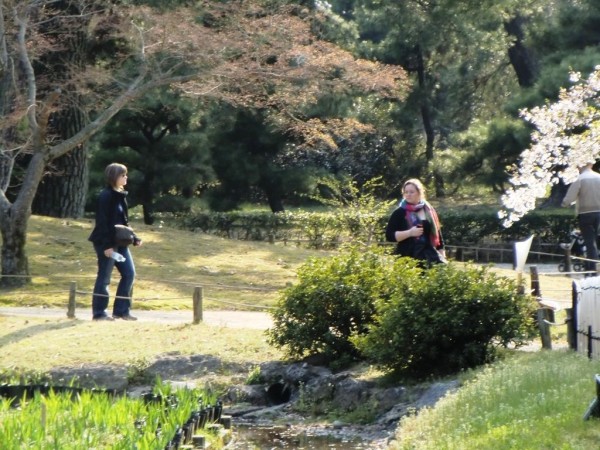 Gaijins! Actually, that day, I may have seen about 20 foreigners. Definitely the most I have ever seen at the Ritsurin. Most were tourists. It’s true that Ritsurin is slowly becoming more and more known abroad. I also suspect that the fact that it was Easter vacation in most of Europe and the end of Spring Break in the US played a part in that large number of foreign visitors. 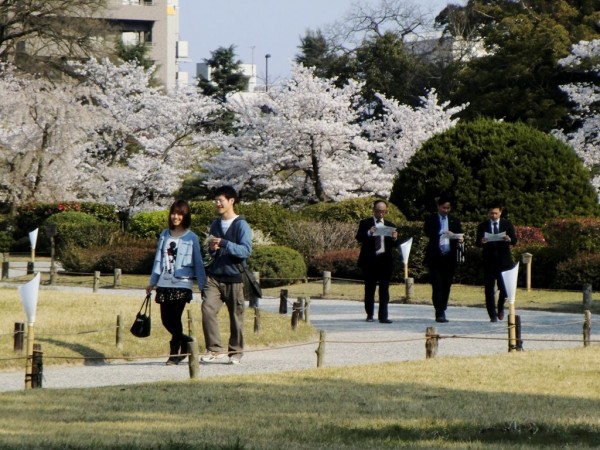 I just love this picture for reasons that don’t need to be explained. I just wish the colors were better. 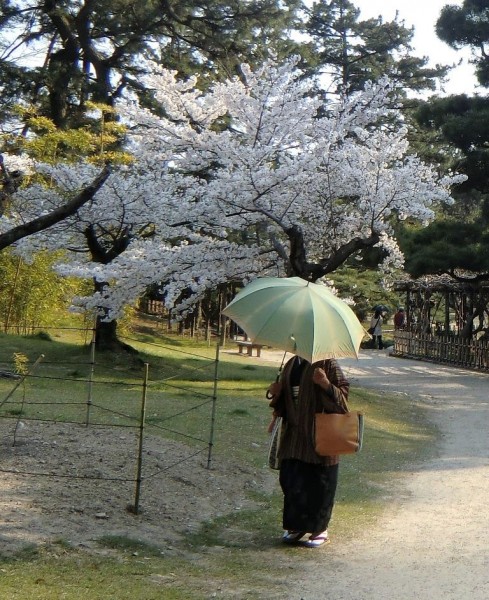 Not sure if she was hiding her face because of the camera or the sun. 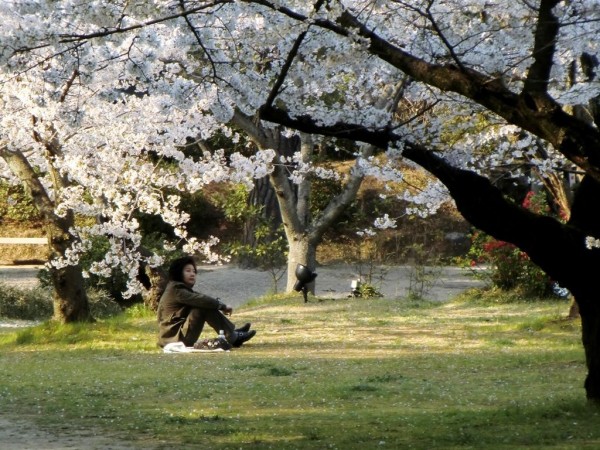 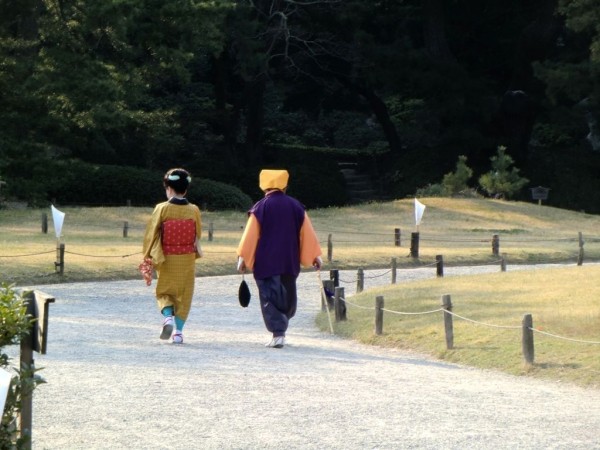 This couple wore very colorful clothes and make up in what seemed to be some sort of traditional theater costumes. If they performed somewhere in the garden I missed them. I also missed every opportunity to take a decent picture of them where we could see their face. 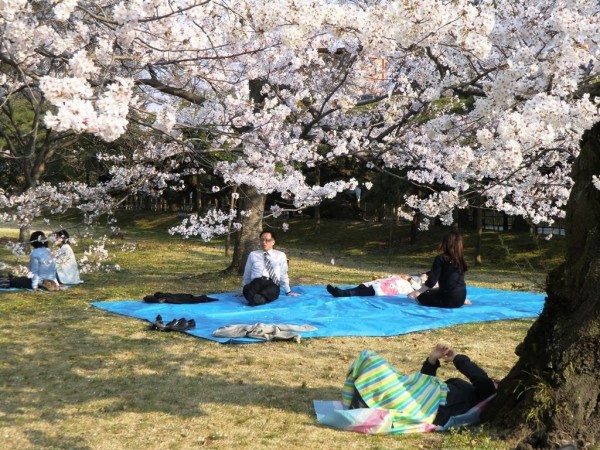 A Hanami is not a real Hanami without blue tarps on the lawn. 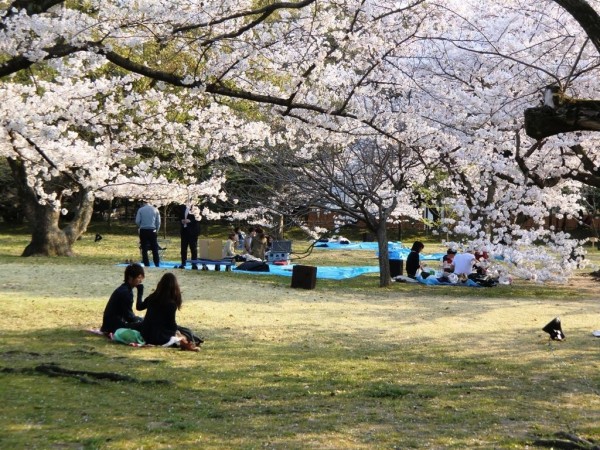 Well, that’s it for today and this year. see you next year for more pictures of cherry blossoms, although I may have a few unpublished ones that may show up at anytime, we never know.