I visited Hōryū-ji about two years, under heavy rain. Yet, it remains one of the strongest impressions I’ve experienced among my various visits in Japan.

Strangely, I have the feeling that Hōryū-ji is not that famous outside of Japan, or at least much less famous than many other temples. It is located in Ikaruga, just west of Nara, and while it’s just a temple, it is not “just” a temple. What if I tell you that it’s part of the UNESCO World Heritage, and it’s one of Japan’s most important national treasures?

The thing is that it has one particularity (among many other important features), it happens to have the oldest wooden building in the world. Its five-story pagoda dates from the 8th Century. Yes, you read me right, it is more than 1,300 years old!

The templed was founded by Prince Shōtoku and was finished arounf the year 607. It was burned down in 670 and rebuilt a second time to be finished in 710. It’s been standing there ever since. Renovations were made in the 12th, 14th et 17th centuries, as well as in 1949 when the Kondō (main building) partially burned, and because of that, it’s not the second oldest wooden building in the world since then.

The pagoda, unchanged since 710 or so and is 32.5 meters high. One of the reasons it’s been standing still for so long comes from its design. Each level is attached to a central pillar (one unique tree trunk), but are not attached to each other, in other terms each level doesn’t have to support the weight of the levels that are above. This also gives great elasticity to the structure which also makes it very resistant to earthquakes. Actually, you may already know this but the structure of the Tokyo Sky Tree was designed based on this pagoda for those reasons.

It is estimated that the tree used for the central pillar was cut in 594. It is buried several meters underground and fixed to stone foundations. One of Buddha’s bones is said to be buried underneath.

Hōryū-ji‘s age is not the only thing that makes it an important place. It also holds dozens (if not hundreds) or priceless treasures, either in its buildings or in the museum right next to the temple. Never in my life I have seen so many artifacts that are both that old and that well-preserved. Of course, as it’s often the case in such museums, pictures are not allowed.

So instead, you get more pictures of the buildings: 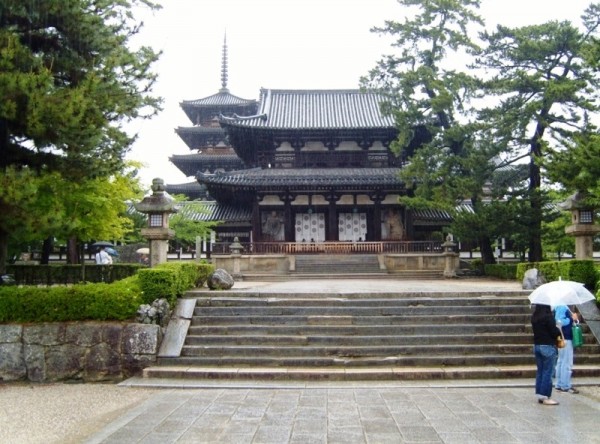 If you’re a bit familiar with Japan, you’re familiar with those two statues, Agyō and Ungyō as they guard the entrance of pretty much every Buddhist temple.  However, those two Niō are among the oldest ones and also the most beautiful ones. They look like they could come to life at any time. 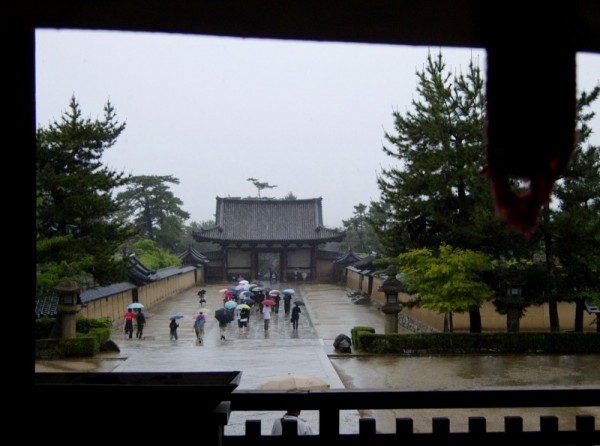 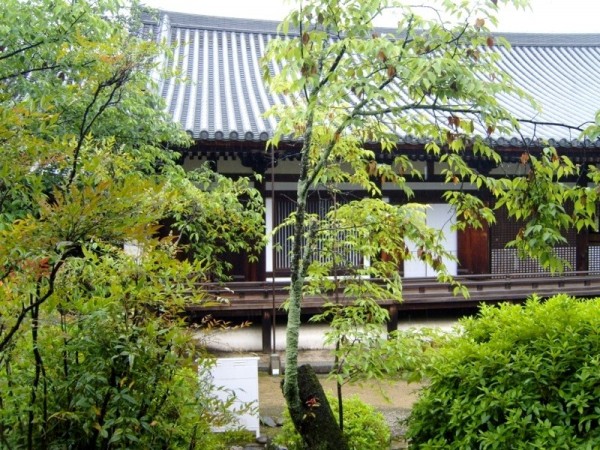 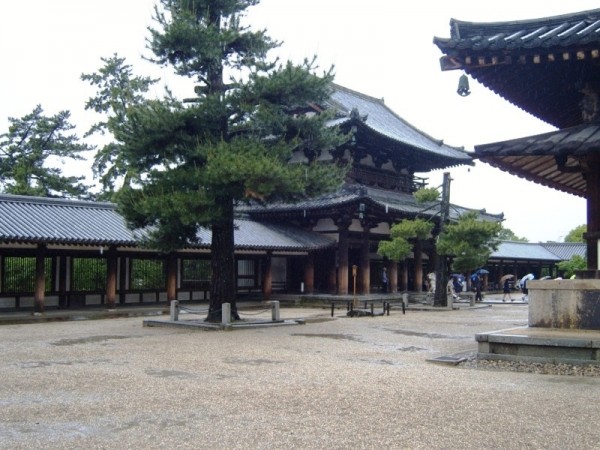 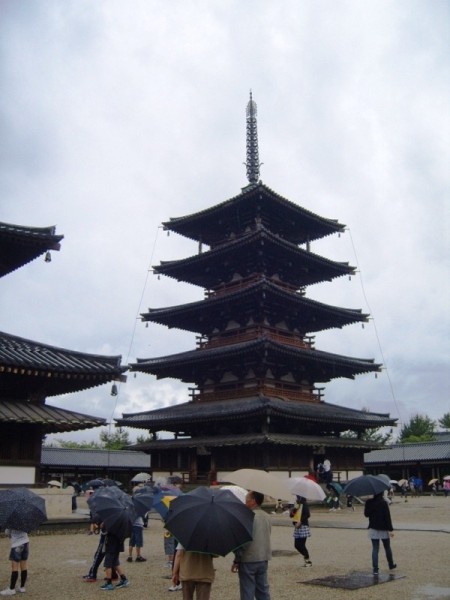 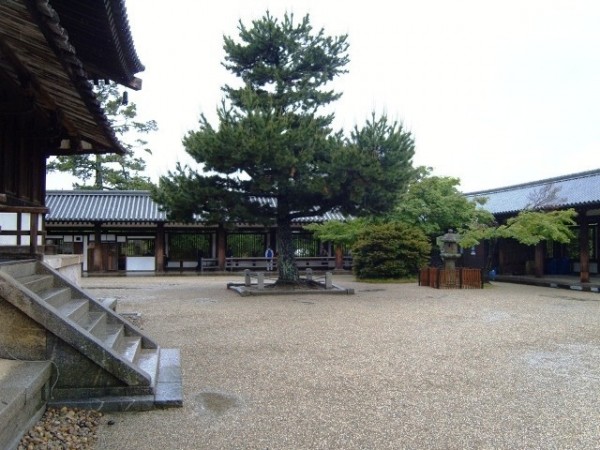 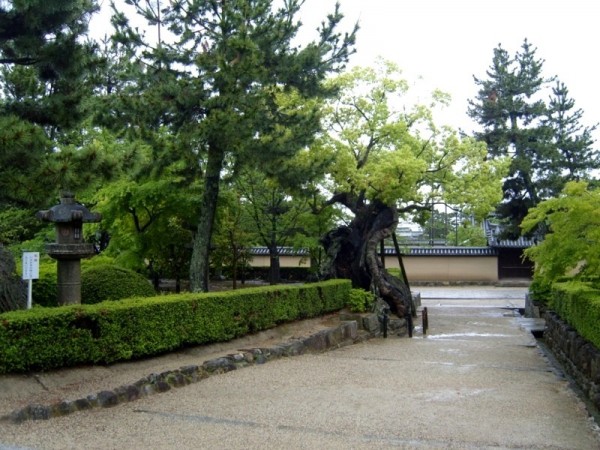 The Yumedomo and the eastern part of the temple were built on the grounds of Prince Shōtoku’s palace, and some buildings (including the Yumedomo) date from back then. It houses Kudara Kannon, one of the most important statues of Ancient Japan. It is only open to the public at certain times of the year. 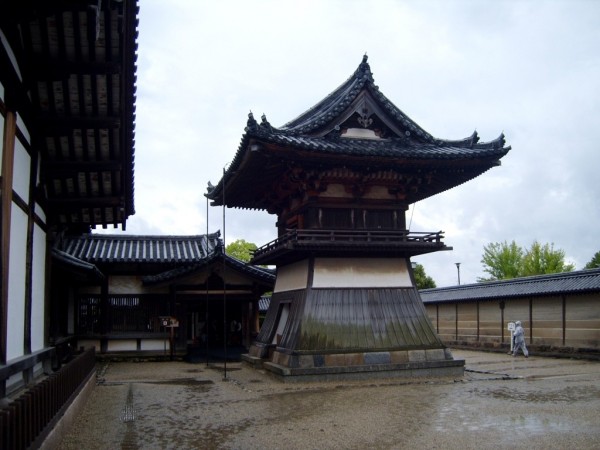 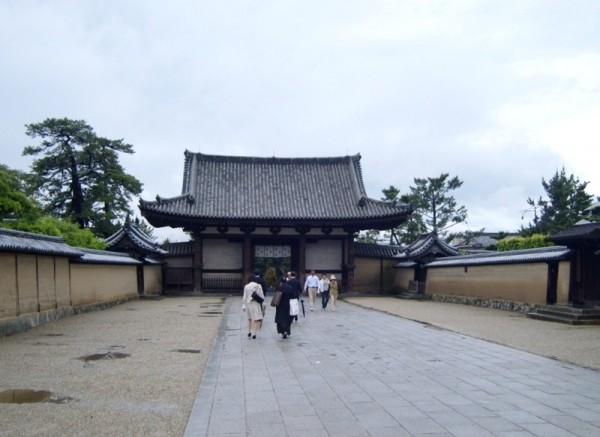