I know, this blog doesn’t talk enough about Japan’s weird and bizarre things. My friends who don’t live in Japan complain enough about it, and I’m sure my traffic would be more important if I did so on a regular basis (seeing the kind of topic the “big Japan blogs” like to tackle).

Well, the truth is that I don’t think that Japan is weirder than any other country. What most people (and especially the English speaking internet) seems to be unaware of, is that all the bizarre things one can see on the web about Japan is usually considered bizarre in Japan too. And honestly, I think I’ve seen more bizarre things during my time in the US than in Japan.

So if I don’t really talk about those things, it is mostly because most of them don’t interest me, and more important, I too see those weird things on the English speaking internet, not in my everyday life in Japan.

However, a couple of weeks ago, I did have an encounter with the local WTF Japan when I went to one of the local shopping malls and headed to the Gashapon section…

Gashapon? What is that?

Well, first, I know them as Gacha Gacha or Gachapon, but apparently the official name is Gashapon, so this is how I’m going to call them all along this post.

“Sure, but what are they?” asks my regular reader who is not used to that kind of topic on this blog.

Gashapon are machines that can be found in many places in Japan, but mostly in shopping malls. From them, you can buy small cheap toys or other gadgets. The toy or gadget is in a plastic ball, usually called capsule, and you won’t know exactly what you’ll get before buying it. Every machine has a theme or is part of a series, and what you’ll get is a random item from a selection of roughly a dozen.

The other day, I decided to go check them out as my daughter being now old enough to play with some of the toys that can be bought at the Gashapon (which most likely means that I started a process that will cost me a lot of money over the next 10 years or so).

I’m not sure if it’s because I looked at them more closely than I had ever done before, or if the ones on sale at the moment are unusual, but I was really surprised by the number of “bizarre” Gashapon. And as a consequence, the idea to share them with you here started to take shape.

So, here are a few pictures (poorly shot with my cell phone) of some of the things that could be bought there. Of course, this selection is completely biased, as I didn’t really take pictures of all the “normal” toys that were on sale. 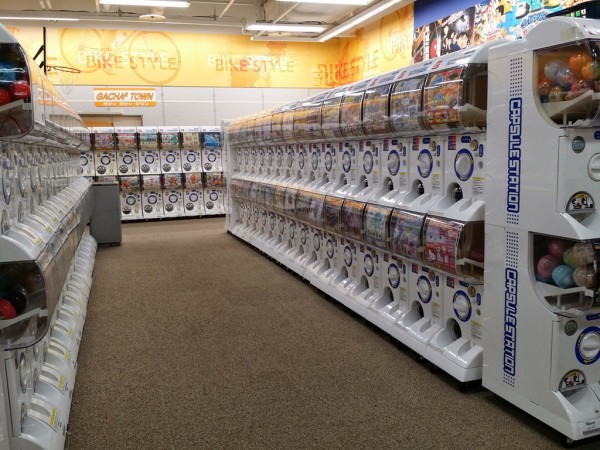 Please note that this is just a small part of the Gashapon section. To get an idea of the total number of machines, you need to multiply what you see here by five or six. This is the most I have ever seen in one spot. The other shopping malls in town, despite being larger than this one, may have a couple dozens of machines tops. 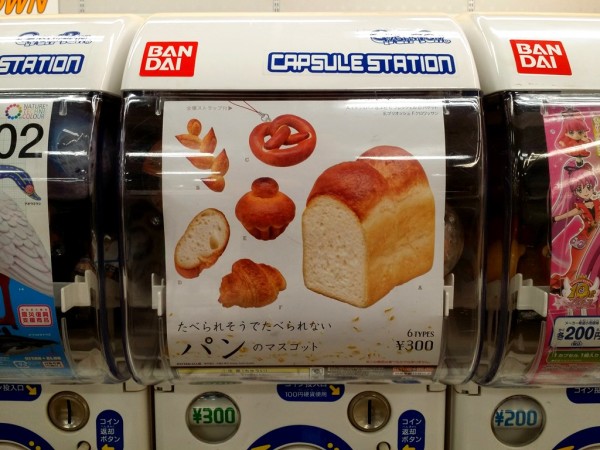 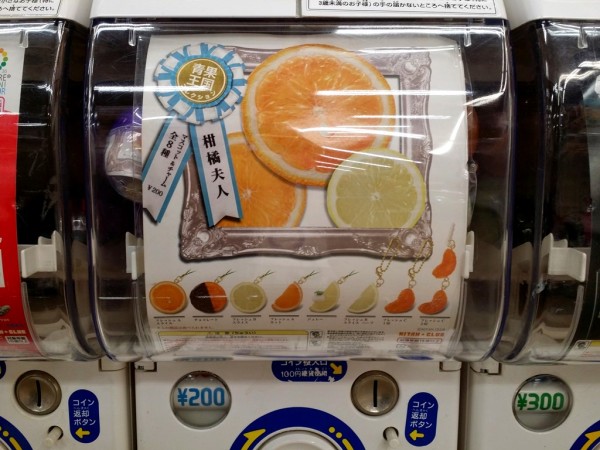 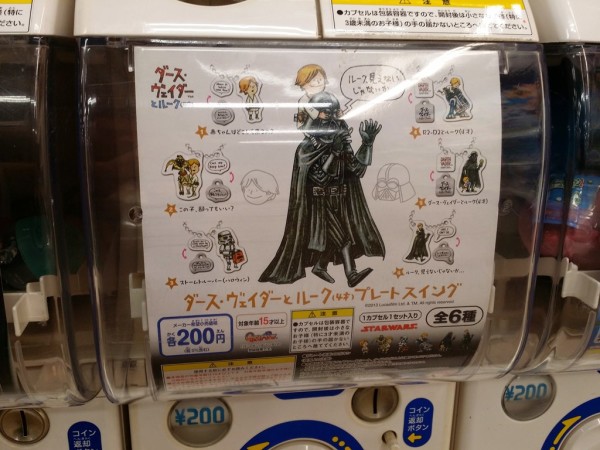 Vader and Son has not only been translated into Japanese, but also “gashaponized”! 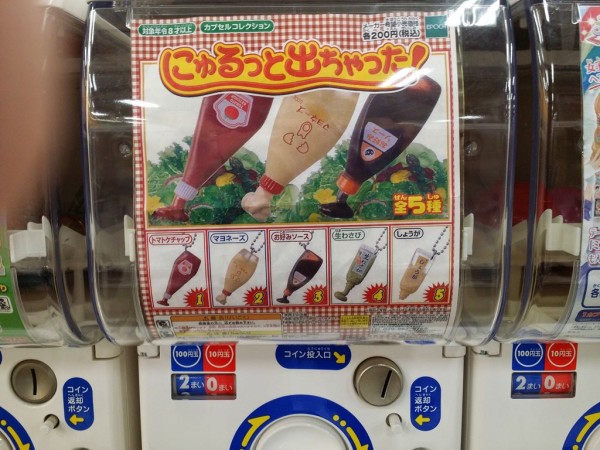 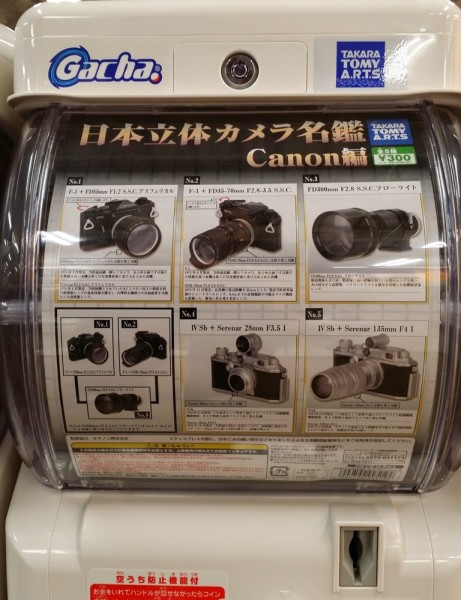 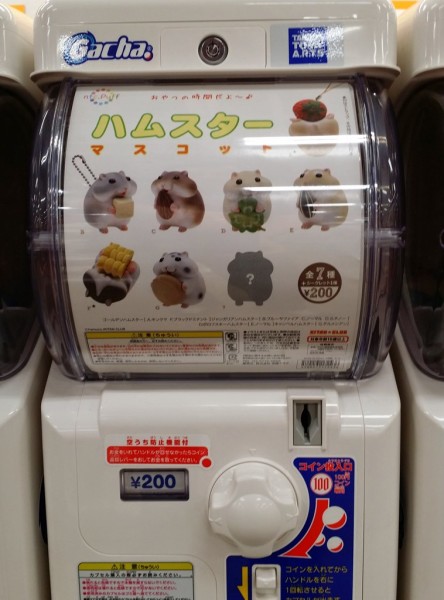 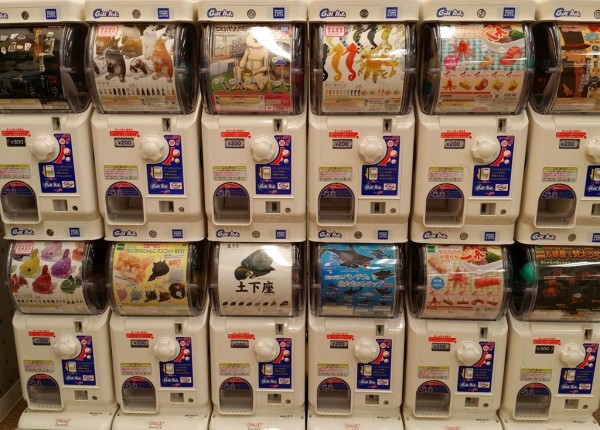 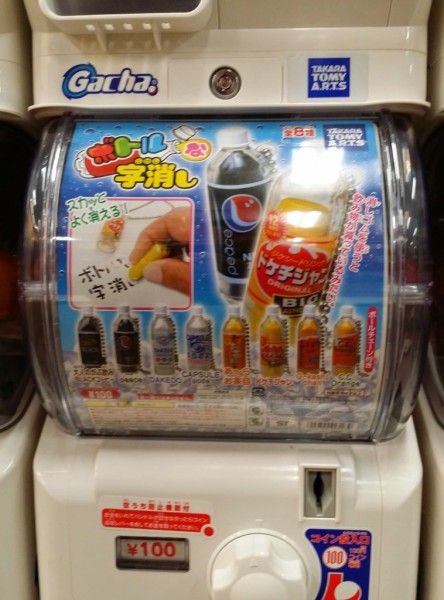 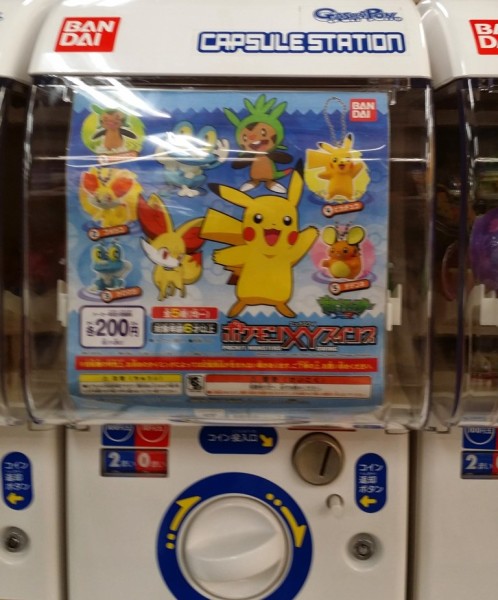 As I said before, don’t get me wrong, not everything you find in a Gashapon is weird. There are also many things you do expect to find there, such as the ubiquitous Pokemon and Gundam toys. 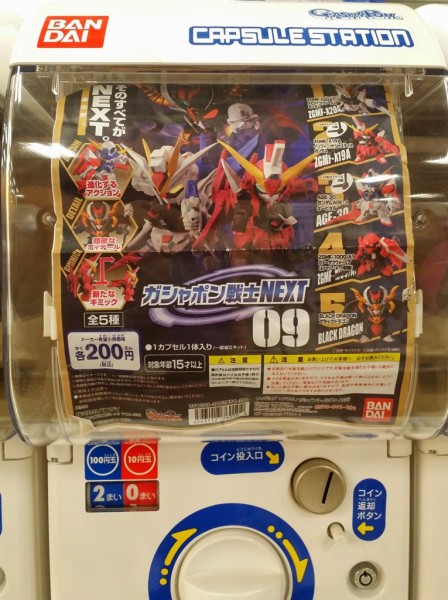 As a bonus, two pictures of the arcade next door: 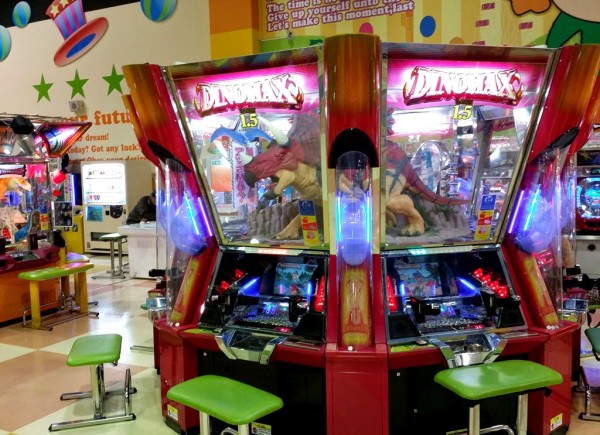