Despite its small size, Ibukijima is one of the main producers of sardines and anchovies in Japan. Fishing season usually takes place in Summer and if you visit the very unusual coast of the island in June, this is what it will most likely look like: 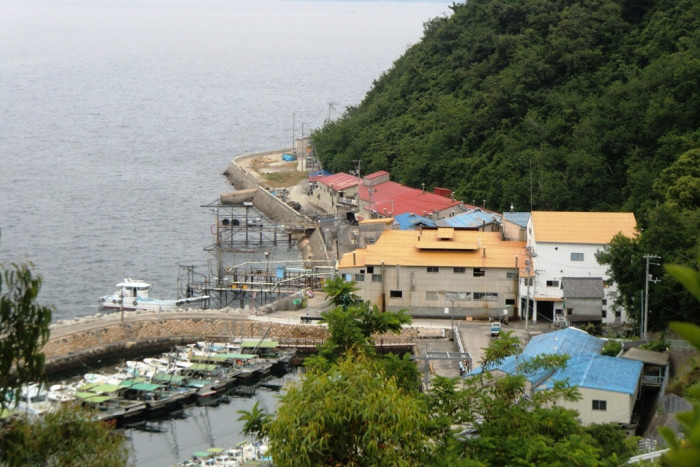 Walking down from the village to the fishing port. 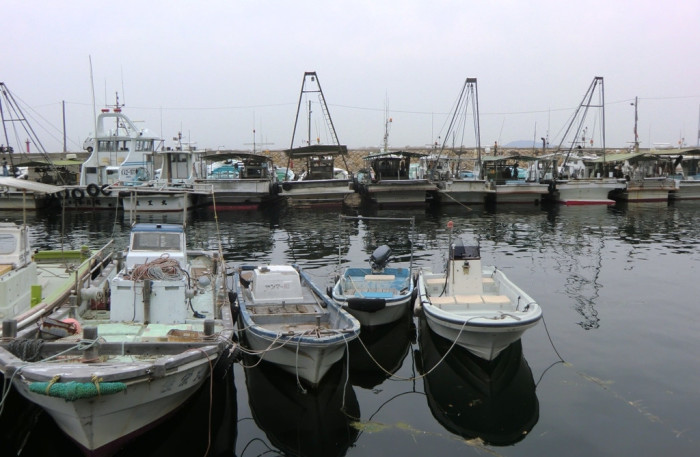 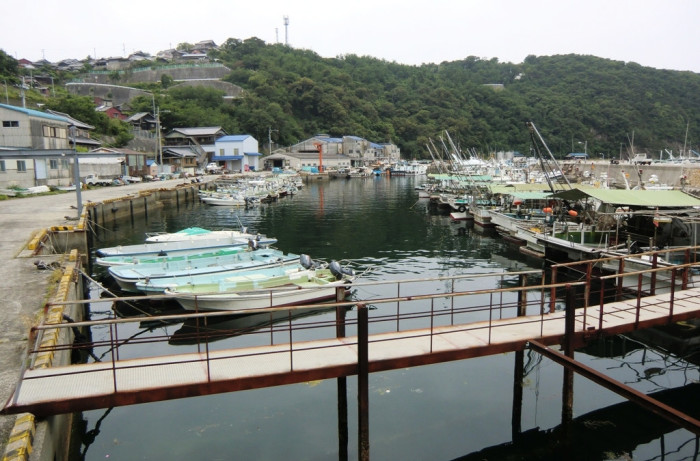 I’ve just mentioned Ibukijima‘s unusual coastline. What I mean is that the entire eastern coast of the island is occupied by “fishing factories” where fish is stored and processed right after being caught. By “processed” I mean “dried” mostly. Here are what those factories look like: 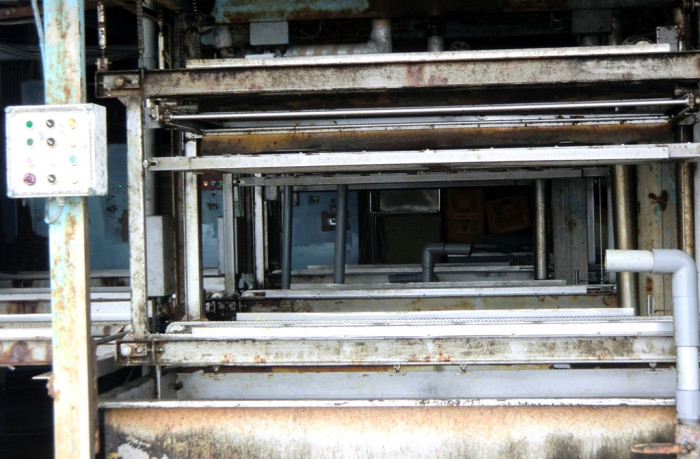 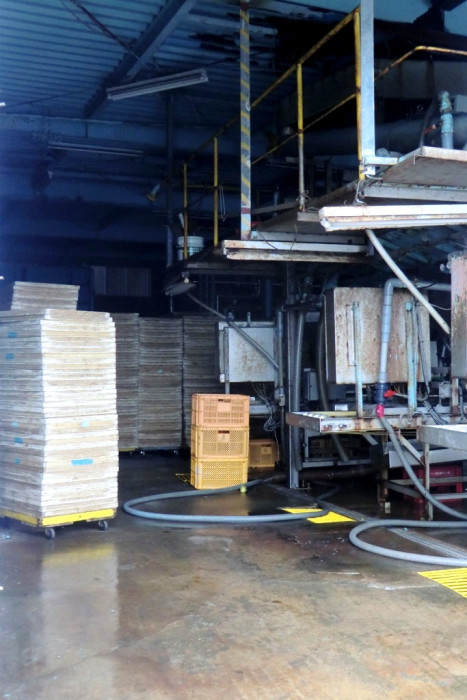 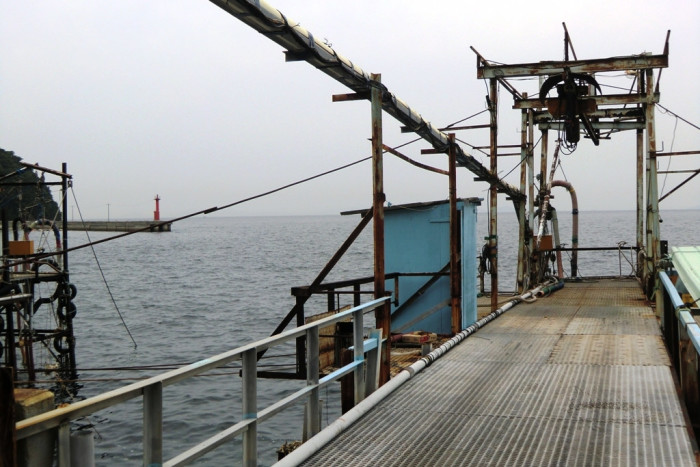 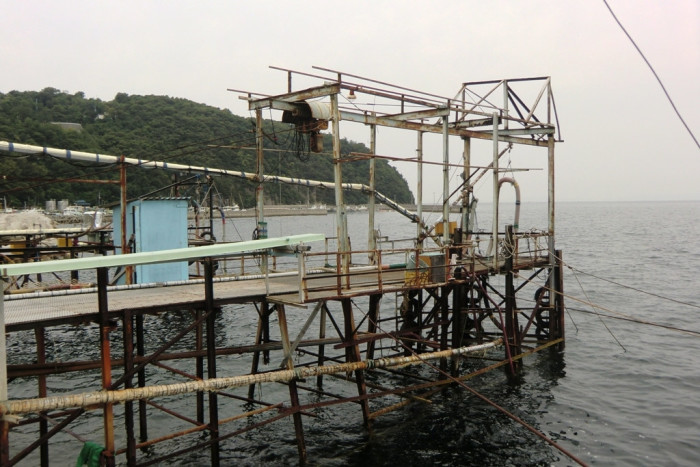 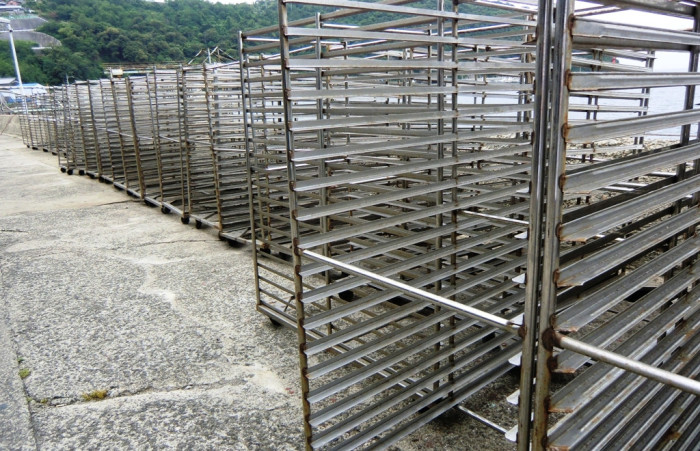 Unless I misunderstood, those are the racks used to dry the sardines and anchovies. 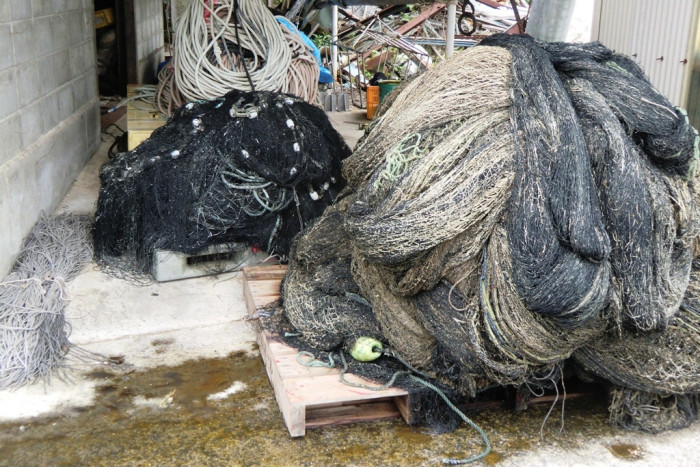 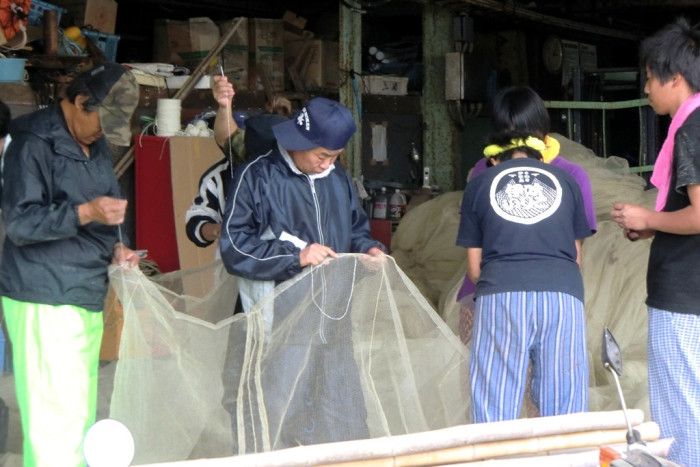 Fixing and preparing the nets. 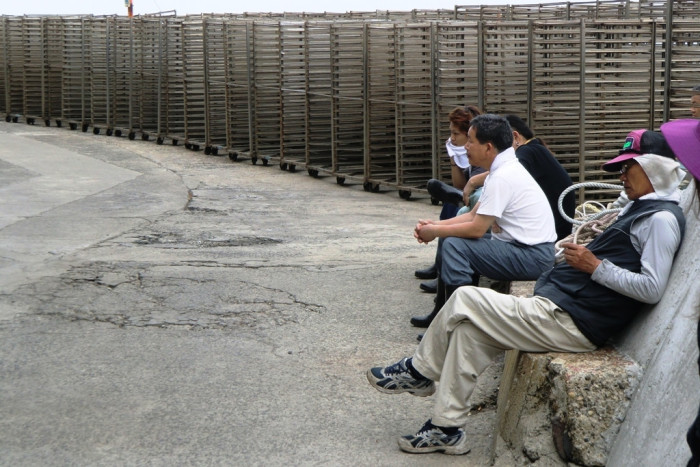 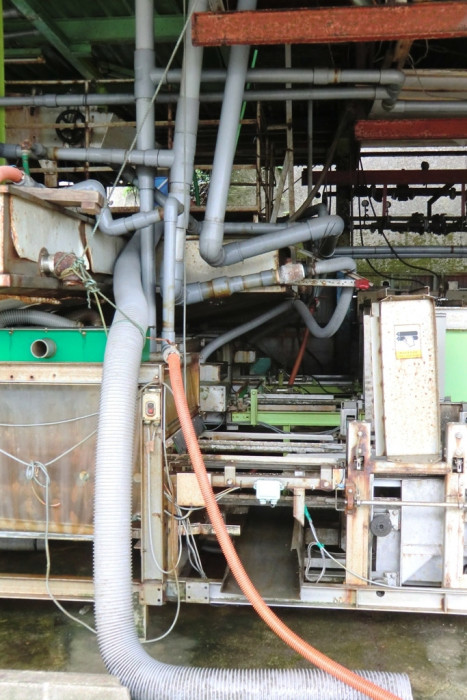 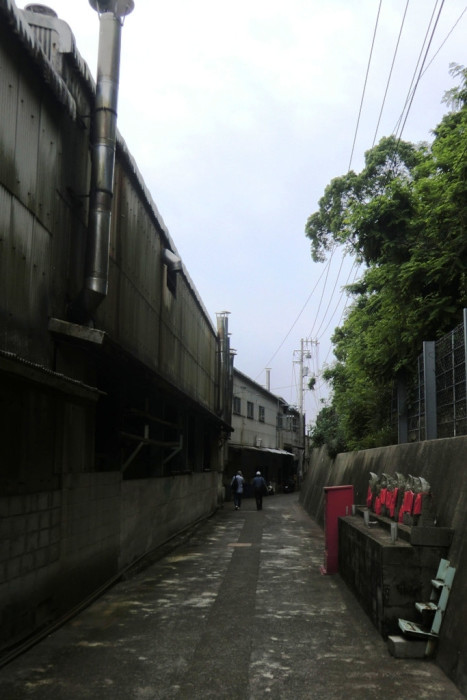 For about two kilometers, the entire coast is like this: a cliff on one side and buildings built on the shore on the other one. The result is quite unreal, borderline eerie at times. 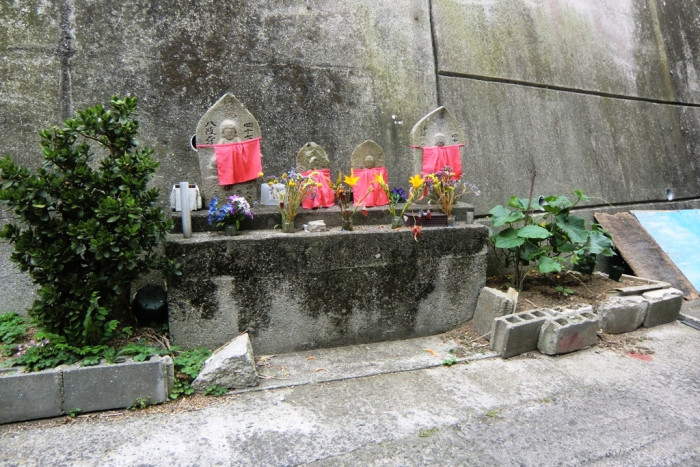 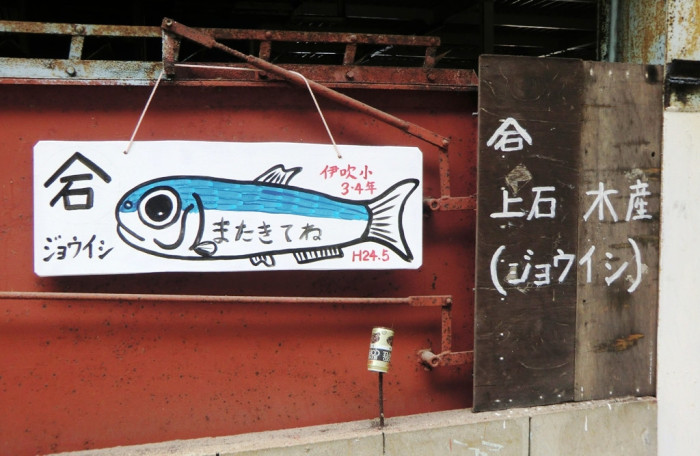 Such signs are found on the entrances of most buildings. 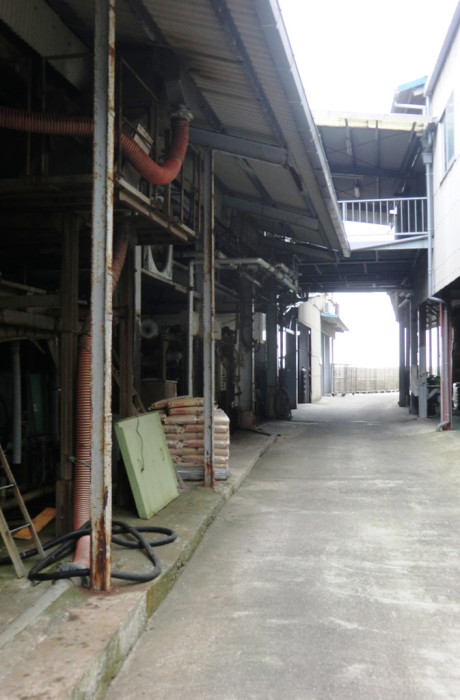 Sometimes the road goes directly through a building! 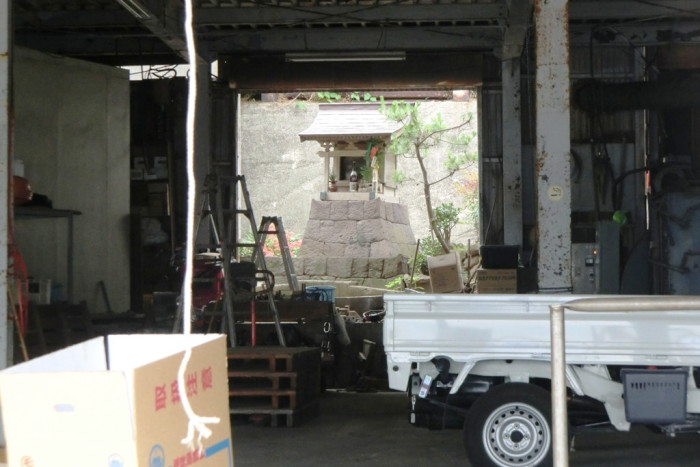 A mini-shrine behind the building. 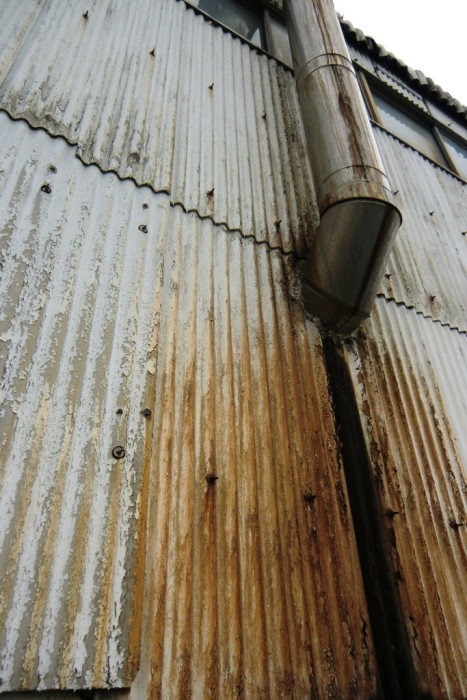 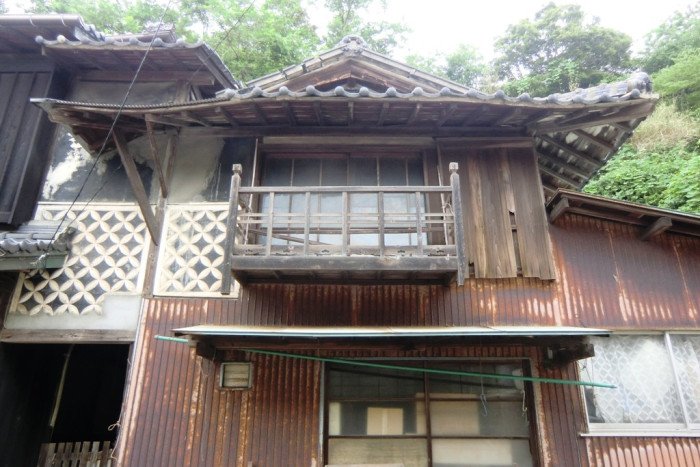 We’re reaching the end of “fishing factory row”
and we’re met with some interesting looking buildings. 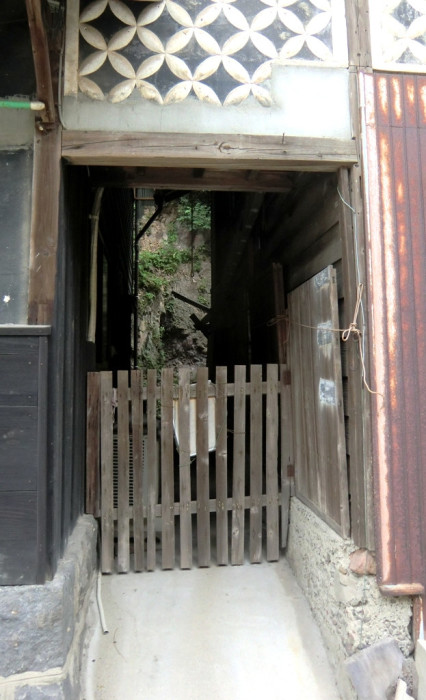 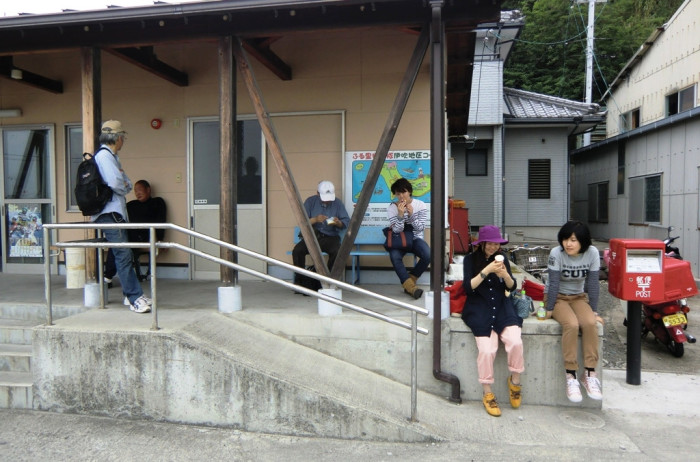 My travel companions for the day.

Soon, it was time to leave Ibukijima.

Here is a glimpse of those fishing factories seen from the sea: 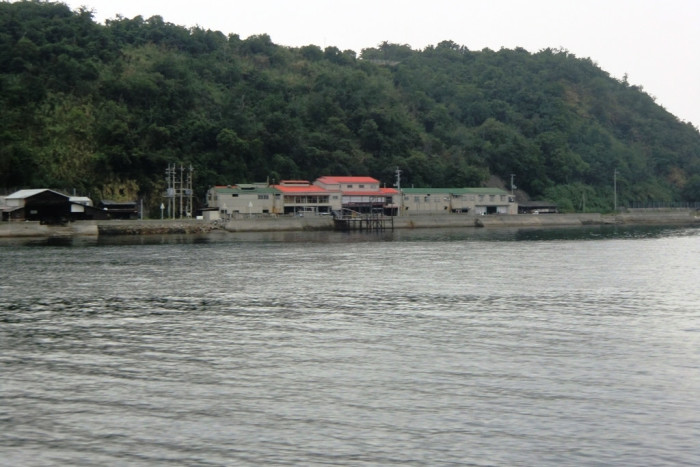 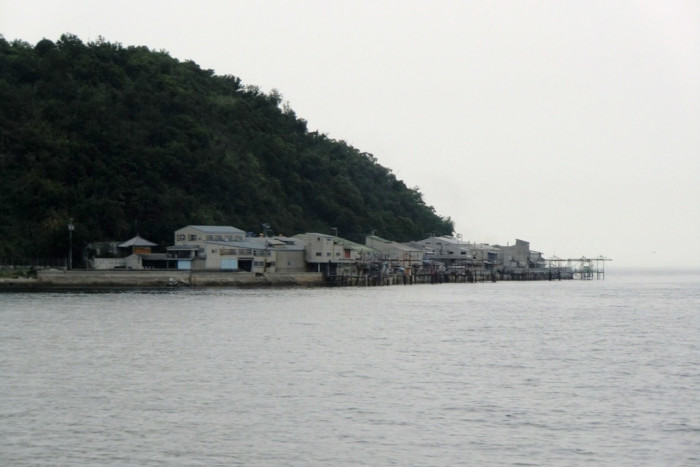 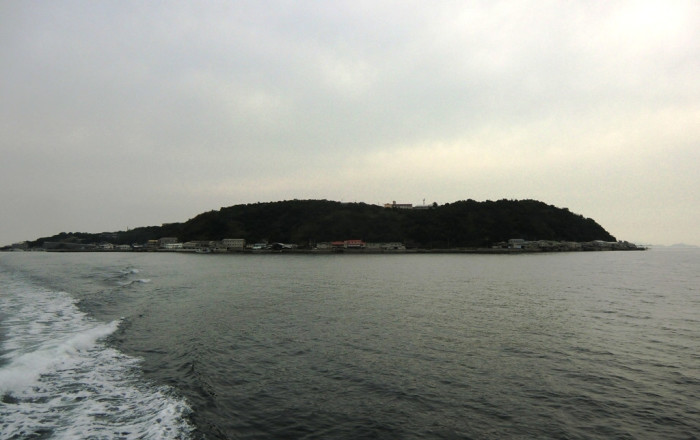