Today, I want to right a wrong. I never told you about Uchiwa Bone House, an amazing artwork that Takashi Nishibori (西堀隆史) did for the 2010 edition of the Setouchi Triennale. I hope to still do it one day as last fall I found out by surprise that the work still exists, it hasn’t been dismantled as much as moved to the Uchiwa Museum in Marugame.

Anyhow, in order to be forgiven (by you? him?), Corridor of Time (時の廊下) his contribution to the Setouchi Triennale 2013, will the first artwork I will talk about in detail on this blog as the Spring session of the festival is underway (for three more weeks).

The installation occupies the same abandoned house as Uchiwa Bone House did, and it’s made of “skeletons” of traditional Japanese umbrellas: 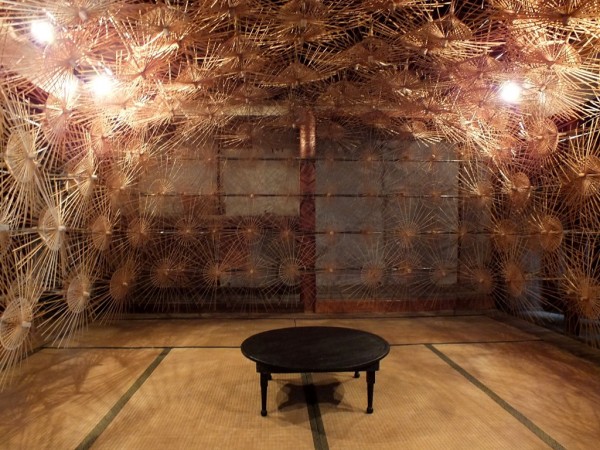 The installation is pretty wonderful. However, it has a problem (which is not an actual one), it suffers from the comparison with Uchiwa Bone House for those who experienced it back in 2010. Indeed, as both works are in the same house, from the same artist and following similar concepts, it’s very hard not to compare them. And I think the old work occupied the space a bit better, especially because it covered every single wall and ceiling of the house, whereas Corridor of Time does it only partially.

That being said, this is not something a new visitor will notice or even be aware of, so this is why it’s a non-issue really. However, because I can be picky, I think that it could have been easily avoided by choosing another house for example (or more umbrellas, although I assume there is a question of budget, traditional umbrellas are quite expensive, uchiwas are very cheap).

But really, I should stop nitpicking and enjoy and let you enjoy the artwork for itself, without comparing to the past:

And as this work is a moving, a video will give you a better idea: 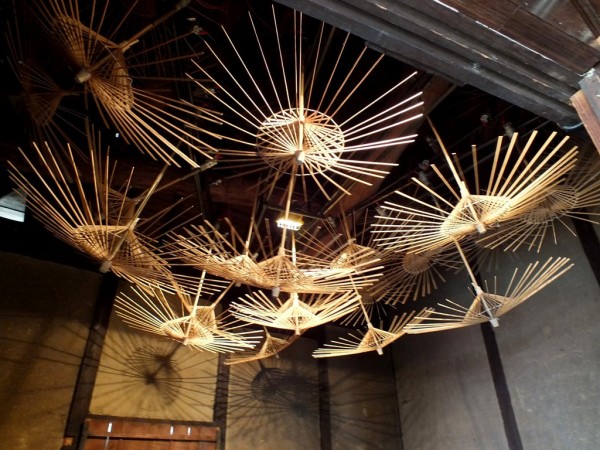 And let’s end this post with a picture of Takashi Nishibori, as he was leaving Ogijima and waved goodbye to Mr. and Mrs. Oshima as well as a few more people at Onba Factory: 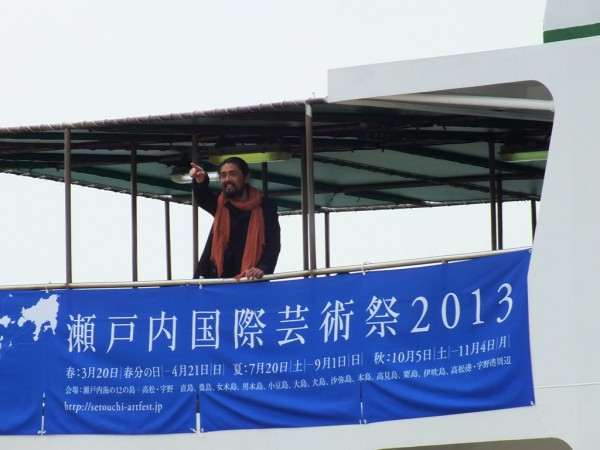 And while I ran into him a couple of times, I never actually met him.

4 thoughts on “Corridor of Time by Takashi Nishibori”